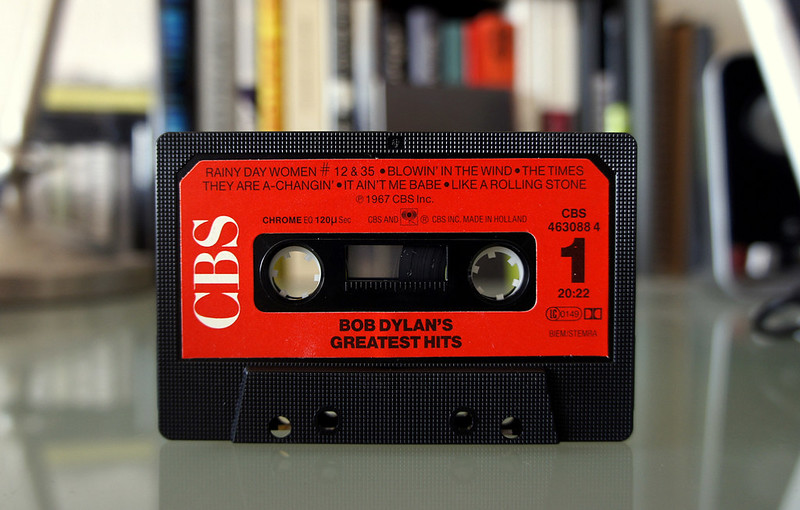 As already mentioned, Bob Dylan released an extensive list of full length records outside of his studio albums. Compilations, bootlegs, live albums, music videos, each category is filled is countless releases. Let’s start with the main batch, the one featuring globally released compilations. 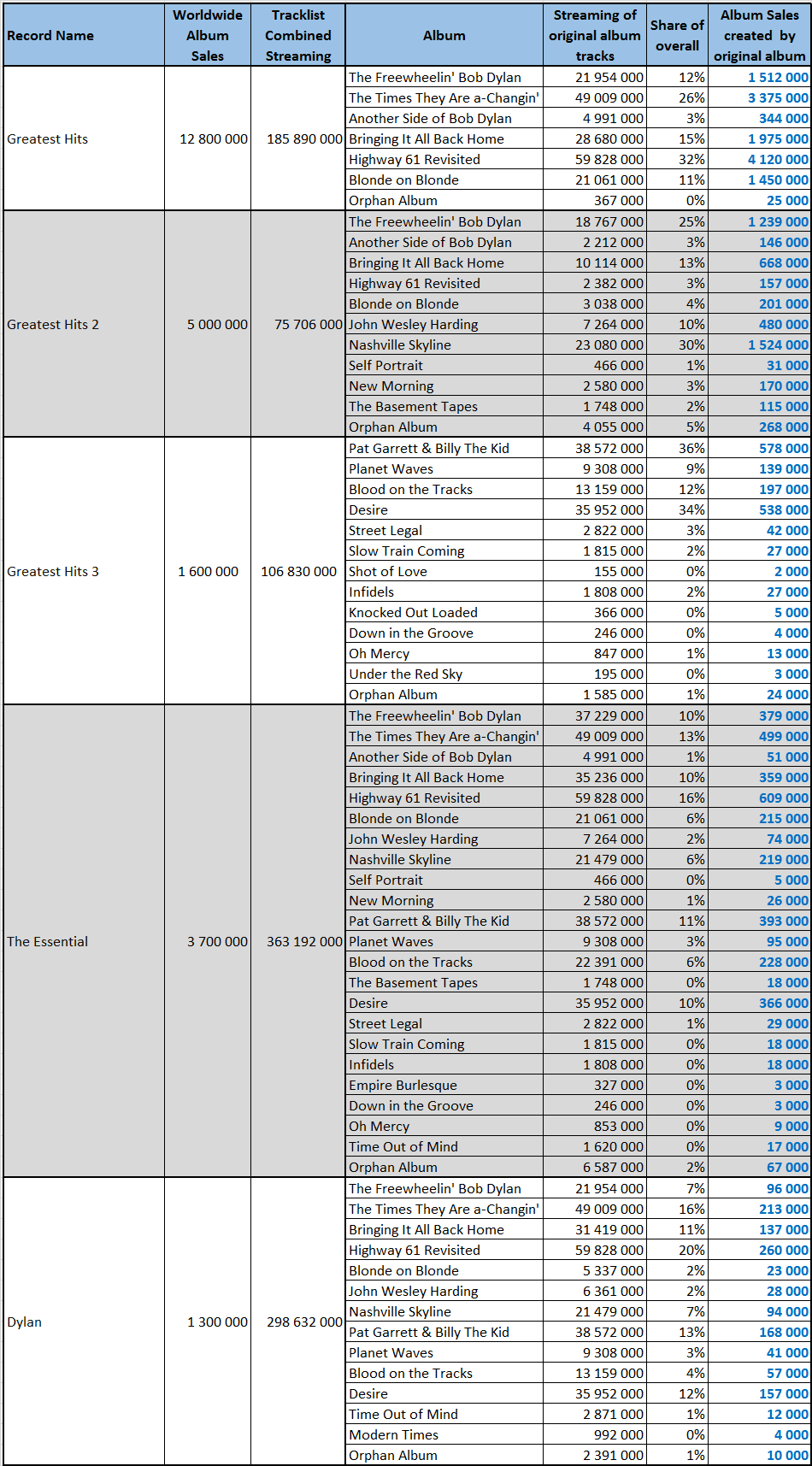 How to understand this table? If you check for example Greatest Hits compilation line, those figures mean it sold 12,800,000 units worldwide. The second statistics column means all versions of all songs included on this package add for 186 million streaming plays on Spotify.

The second part at the right of the table shows how many streams are coming from each original album plus the share it represents on the overall package streams. Thus, streaming figures tell us Highway 61 Revisited songs are responsible for 32% of the Greatest Hits tracklist attractiveness, which means it generated 4,120,000 of its 12,800,000 album sales and so on for the other records.

It is difficult to do specific comments on those statistics for studio albums as each compilation contains tracks from an heavy amount of records. One thing to point out is that Greatest Hits sold 12,8 million units, more than any studio album Bob Dylan ever released. This someway explains why his mid-70s hit albums outsold his cultest 60s records. In fact, Greatest Hits was issued in 1967, thus fully covering his studio albums up to Blonde On Blonde, meaning their catalog sales were cannibalized by stronger compilations than his 70s albums. In fact, nowadays Blood On The Tracks is the artist strongest catalog seller among his studio album. Interestingly, it represents a mere 4 to 6% of track lists attractiveness of both career spanning compilations, letting a lot of room for the original studio album to keep on selling.