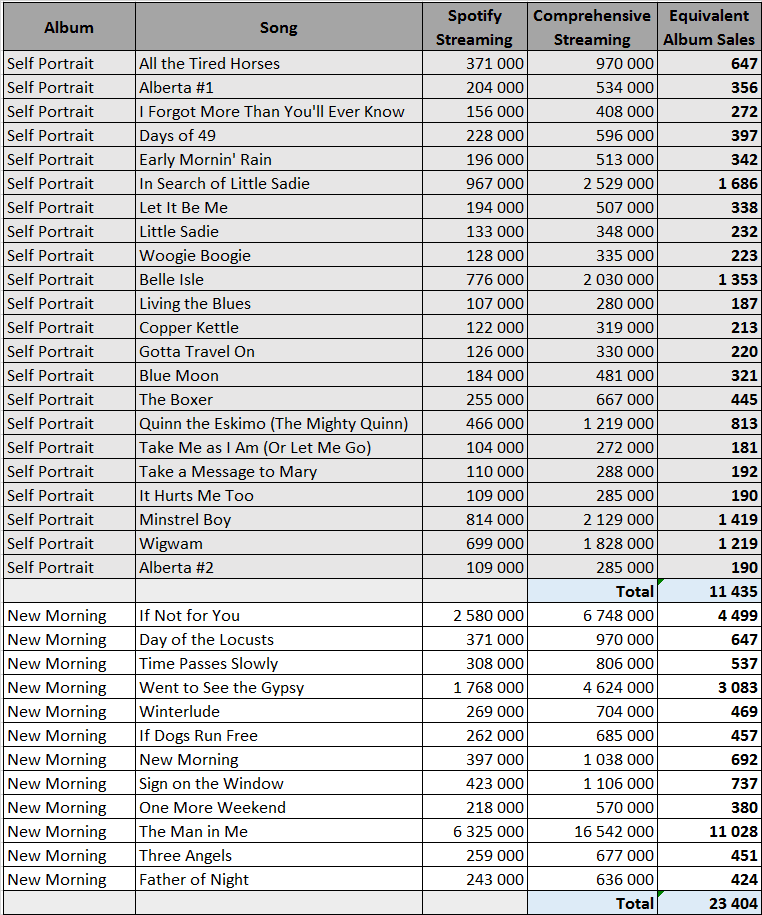 Bored of being considered the voice of his generation, Bob Dylan dropped what he himself rated as a joke, Self Portrait, an album with various covers of pop and traditional songs recorded as country songs with an unfamiliar voice for the artist. Heavily bashed by critics, the album is still getting some plays from Spotify although it has no hit at all.

Back to more Dylan-esque sounds, New Morning was home for The Man In Me, which registered more than 6 million plays, and If Not For You, the first Top 10 hit of Olivia Newton-John a few months later, helping the famous Grease star to get her breakthrough that would result into an immensely successful career.