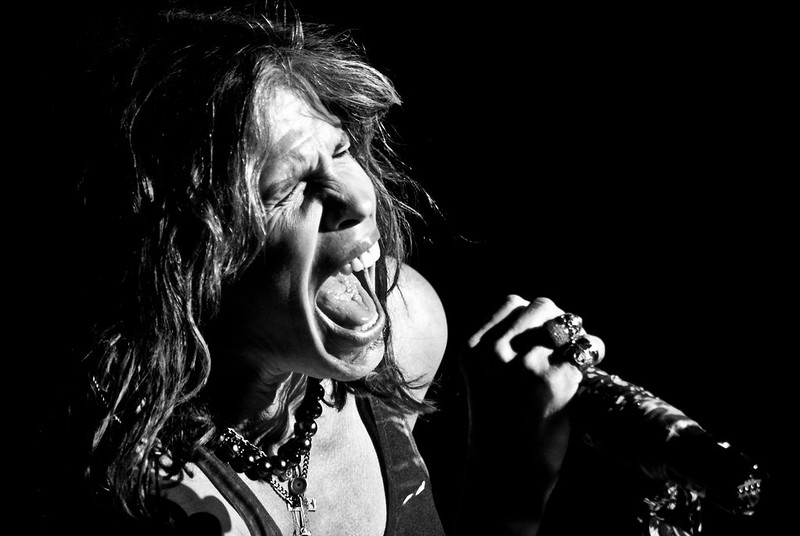 From the perspective of a European, it seems unbelievable that Aerosmith debuted 45 years ago. They did though and among 70s bands, they smashed the 90s like no one else. They compete with the likes Eagles, Metallica and Bon Jovi for the title of most successful American band ever. Where do they stand then?

It all started very slow. When the band issued its eponymous debut in 1973, it peaked at #166 inside the US Billboard Top 200. The biggest single, Dream On, went no further than #59. In 1974, the improvement wasn’t obvious. The album Get Your Wings peaked at #100 and its singles failed to enter the Hot 100. Their first hit came the following year with Sweet Emotion. Although it peaked only at #36, it fueled the album Toys In The Attic to #11 and led their first 2 LPs to re-peak at the bottom of the Top 100.

Thanks to the increase of the band’s profile, Dream On was reissued in early 1976. It climbed as high as #6. From March to June 1976, albums Aerosmith (#21), Toys In The Attic (#18) and the new effort Rocks (#3) sold strongly. After this peak, their albums went down, until being mostly irrelevant by 1985. By then, their albums were struggling to hit the Top 40. Their singles weren’t reaching the Hot 100. Notably, during all these years they never managed to confirm their American success abroad.

Surprisingly, the band started to smash again from 1987. Maybe even more impressively, they also became a global force during the 90s. This unique trajectory is a real case of study. What’s their career peak, the American blockbuster Toys in the Attic or global success Get A Grip? During which frame they sell the most, mid-70s or early 90s? On which markets they never managed to break over?

As usual, I’ll be using the Commensurate Sales to Popularity Concept in order to relevantly gauge their results. This concept will not only bring you sales information for all Aerosmith‘s albums, physical and download singles, as well as audio and video streaming. In fact, it will also determine their true popularity. If you are not yet familiar with the CSPC method, the next page explains it with a short video. I fully recommend watching the video before getting into the sales figures. Of course, if you are a regular visitor feel free to skip the video and get into the figures.