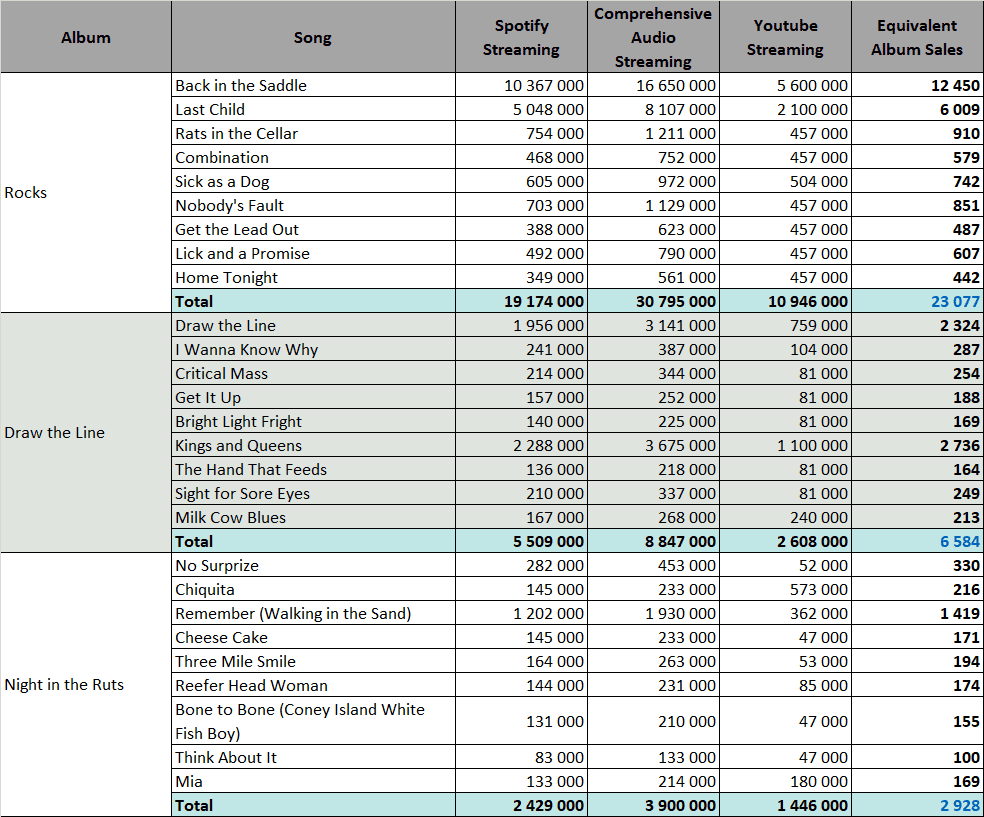 Rocks is critically acclaimed. It is noted 5 stars by Allmusic guide while the Rolling Stone Magazine has listed it at #179 in their all-time greatest albums list. Still, no hits, no party. Only 2 of its songs reach 1 million streams on Spotify or YouTube. It’s a clear evidence that at the end of the day it is the hits that draw users to their parent albums. It has a mere 23,000 EAS from streams.

Both Draw the Line and Night in the Ruts have similar results at an even lower scale. They are definitely dead meat right now on Aerosmith‘s catalog. They are under 10,000 EAS combined.