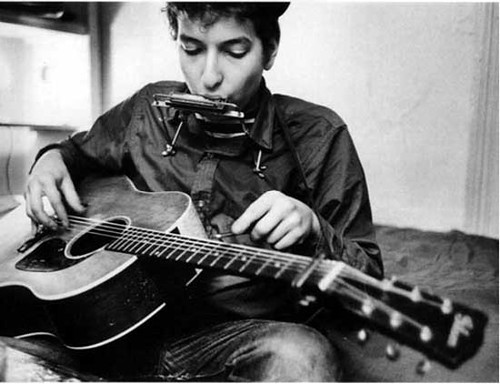 With this new musical background, the Billboard magazine continued to cleverly adjust in 1958 by creating the Hot 100.

We previously saw how clear the distinction was between the singer, the author and the composer. One man will drastically change this situation: Bob Dylan. He brought to the light the concept of Singer-Songwriter in 1962.

An absolute revolution, suddenly we move from the singer to the artist. The Beatles, the Rolling Stones and various others quickly flooded the market by following Dylan‘s steps. Artists from the past generation like Elvis Presley end up being classified as Vocal Acts. Their artistic credibility suffers a huge backlash. From the Beatles’ US explosion in 1964 until 1969, Elvis will manage to chart a mere 1 single out of 39 released inside the US Top 10. It competes against 32 Top 10 hits from 1955 to 1963.

We are all artists

The whole market benefited from this map-changing era with physical formats pacing at a solid level of sales. A total of 385 million albums were sold in the US during year 1973. The Singer-Songwriter concept created Infinite possibilities. This opened the door to every single person to create music. Previously, it was something restricted to the few majors’ elite consultants. A large wave of new and diverse artists broke the main audience. From 1965 to 1975 the creativity of the music scene exploded with the likes Pink Floyd, Led Zeppelin, David Bowie, Michael Jackson, Jimi Hendrix, the Doors, Neil Young, Marvin Gaye, Deep Purple, ABBA, Stevie Wonder and many more hitting the shelves.

During that period, the Compact Cassette, first released in 1964, continuously grew. It reached the status of biggest format by 1984. After its early 70s explosion, the overall market stabilized. In fact, music styles started to be more diverse, and thus, less and less consensual. These styles revealed a more marked persona, a la Disco. Most of these genres haven’t got the universal appeal of past glories. With existing formats getting pretty old, the beginning of the 80s was a difficult period. For the first time since 30 years, the music market went down. In the US, from 540 million albums sold in 1978, it decreased to 420 million in 1982. 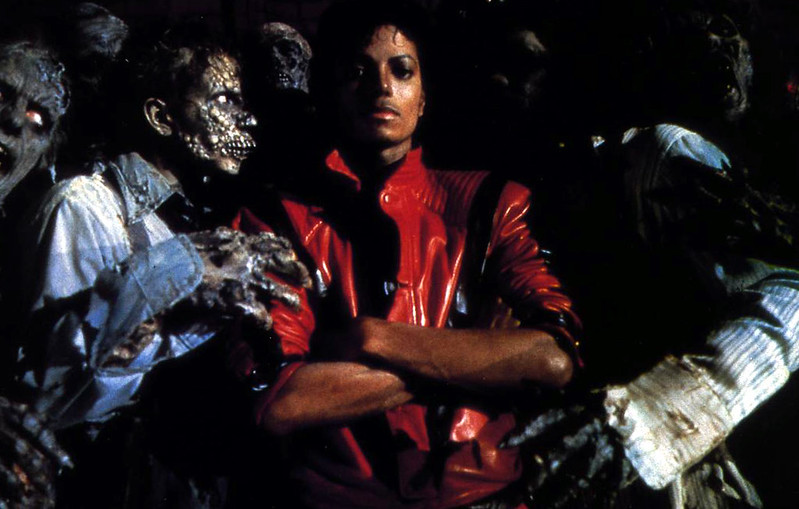 Two detonators shortly stopped the crisis yet, both released in late 1982. The first savior, in the musical side, was the all-time bestselling album, Thriller by Michael Jackson. The second, in the technological side, was the arrival of the Compact Disc in Japan. Yes, there is no mistake: the CD appeared as early as in 1982. With the juggernaut success of 1978 soundtracks Saturday Night Fever and Grease, and now the one of Thriller, the industry got its lessons learned. The visual support was a significant marketing key to be added to radio plays.

It is time to a short side-note about promotion tools used by majors. Nowadays, rolling Tops like iTunes are updated every single minute. It completely destroyed the perception of an efficient promotion in the eyes of the public. Historically speaking a few TV shows had success-changing impacts, notably the Ed Sullivan Show from 1948. Nevertheless, the TV support has always been rather minor for musical promotion. Writing press first, followed by radio airplay, have always been the main channels of promotion and investment for majors. They were also the major factors for sales increases. Every claim we hear about an artist having “no promotion” because he hasn’t perform live is fundamentally wrong.

All artists, all, have promotion investments done proportionally to their selling capabilities. Often, fans of old glories feel their artist should be promoted more. They are missing that the appeal of their favorite act is not widespread enough anymore to justify larger investments. Maximizing sales is not the be-all and end-all of majors. They want to maximize benefits instead as the point is to be profitable. They would quickly run into bankruptcy were they putting millions of dollars into acts with restricted impact!

Ever increasing worldwide population, new economic boom, fresher physical format, explosion of MTV. Factors were numerous to put the music industry back on track. Brothers In Arms, by Dire Straits, became in 1986 the first album ever to top 1 million sales in CD format.

It took CDs six more years to become the biggest format yet. This happened in 1992, some 9 years after its release. While looking like a slow and painful climb of almost a decade, this is actually the fastest rise to the top a physical format ever did.

One more time, the music industry evolved as per media evolution. Due to the CD expansion, during early 90s, majors flooded the market with career-spanning Best of albums. All artists who sold large amounts of LPs got theirs. ABBA, Madonna, Elton John, Queen, Dire Straits to name a few. The latter is an interesting case. Naturally, the first major compilation aimed for LP replacement came from the favorite act of CD buyers. The title, Money For Nothing, was reflective of the beginning of a massive cash-in period for the industry.

This phenomenon of format replacement by the consumer is crucial. This is very precisely what was going to devastate sales from mid-2000s. It will also definitely kill the physical format by 2020.

In 1999, the music industry registered its all-time peak with a trade value of $25,2 billion. With huge countries yet to be explored, the future was looking incredibly promising…