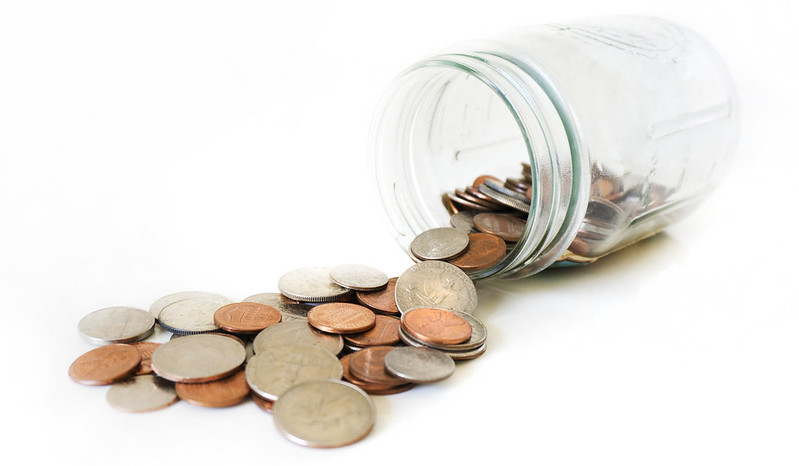 There have been a lot of controversy about the money generated by streaming. Guess what? All exact figures are available. Before getting into figures, we need to point out the money flow of the streaming business. A simplified model is displayed below.

As you can see, the money goes into the music industry from payments of streaming platforms. Thanks to the IFPI GMR, we know they paid $5,569 million in 2017. With 272 million users, that’s $20,47 per user per year. Platforms always communicate that they pay more than 70% to rights holders. Considering users pay $10 per month, $120 per year, we can be surprised by this $20,47 average.

The fascinating and highly detailed financial report of Spotify for 2017 brings us all answers. Below is the amount of money they perceived from their users and thanks to ads.

The content cost or cost of revenue is the money paid by streaming platforms to the music industry. Results of Spotify are displayed below:

To sum up, they paid $3,24 billion to rights holders out of $4,09 billion. In other words, they reversed 78% of their revenues to the music industry. In 2015 and 2016, the share was 85% and 84%, respectively. As stated by the report, the decrease in cost of revenue as a percentage of Premium revenue was driven largely by a reduction in content costs pursuant to new licensing agreements. The strength of Spotify enabled them to negotiate better shares to sustain their activities. These ratios are similar for all platforms.

The number of 272 million users of streaming platforms is misleading. It includes 96 million ad-supported users. As many as 88 million are from Spotify. Below is the number of money received by Spotify per user.

Ad-supported users are nearly 11 times less profitable than premium users. Basically, the 96 cross-platforms freemium users are worth a rounded 9 million paid-for users. Thus, 176 (paid-for) + 96 (ad-supported) users equal to roughly 185 million premium accounts. With a $5,569 gross for the music industry, we reach a payback of $30,10 per premium users.

Streaming is booming so fast that some numbers are completely different between the start and the end of the year. There was 176 million premium users by the end of 2017, but only 112 million at the start of it. Consequently, 64 million persons subscribed during the year. On average, they paid for about 2 months only though. Why so?

Most people join during the bi-annual trial campaigns from the summer and the holiday season. Persons registering in July only start paying from October. Persons registering in December will only pay from March of the next year. Then, we have ongoing trials from last year’s Christmas season. Also, the churn rate is at 5%. As a result, there is even more people who didn’t got their subscription for the entire year.

We are left with 64 million persons paying during 2 months. They equal to under 11 million premium users for a full year. In short:

We apply our calculation based on $5,569 million revenue once again to conclude on $42,2 per full-year premium users for the music industry.

The price of $10 is true for US stand-alone premium users. Since 2 years, family and student plans are increasing strongly. For Spotify, Family Plans alone accounted for 22% of new users in 2016 and 31% in 2017. That’s 11,5 million subscribers who pay from $2,50 (for families of 6) to $7,50 (for couples). While there is no data about student plans, demographics of Spotify report tell us 33% of their users are aged 18-24. Obviously, their share is possibly lower among premium users. Still, we can expect student plans to account for 20% of all premium users. They cost to users only 50% of standard premium accounts.

How much we do really pay

Below table summarizes all elements together for Spotify users.

We can notice the total of revenue from premium users add for $4,785 million. We know Spotify received $3,674 million from them instead. It means the various local currency prices and all special offers packaging Spotify with other services drop revenues per user by about 30% more.

Platforms key indicator is the number of users, not revenue

Why am I flooding you with all these numbers? To raise awareness on a key issue: the main concern of streaming platforms is to increase their number of users. They do appear on their report as the first key performance indicator. All offers of Spotify lately largely downgraded the revenue per premium user they are receiving :

The group has good reasons to prioritize the number of users rather than the ARPU. Thanks to large volumes they can then negotiate better rates with rights owners. It’s also the most efficient metric for marketing purpose. When going public, it reassures investors. More than anything, it creates the habit of using the service among consumers. One they subscribed, it’s a highway to make money.

In fact, many trials and student plans may become full-priced users afterwards. Impressively, if Spotify doesn’t gain a single user during 2018, they will still improve their revenue by about 35%. It only takes current users who registered during 2017 to pay for all 12 months in 2018.