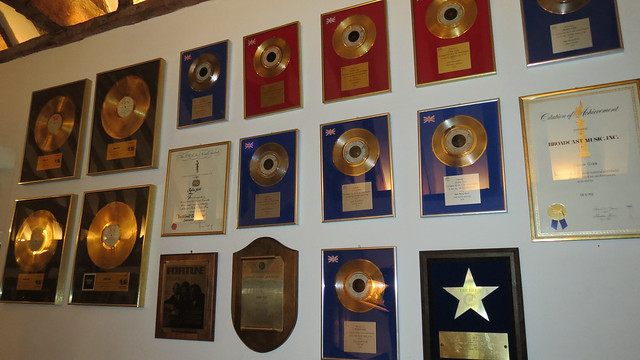 If the consideration of streaming was low in 2013, it’s because the biggest charts in the world were still ignoring them. Back in February of that year, Harlem Shake by Baauer shot to #1 of the US Hot 100. It was made possible by a last-minute change of rules which factored in YouTube views for the first time. This was the worst way to introduce streaming. YouTube was there for many years, so it felt unfair. Plus, adding it just because a song was viral there looked opportunistic. Fact is, even if the timing wasn’t perfect, introducing streaming was inevitable.

The whole globe adjusts in time

A few years later, nobody doubt it anymore. In the US, the UK, Germany, France, Australia, Canada, Italy, Brazil, Mexico, etc, all countries started to include streams. The model implemented by Scandinavian countries a few years earlier appeared to be viable.

It was a progressive process, with 5 main steps to be made:

This first run of adjustments has been done almost everywhere as of May 2018. As usual, Japan remains the last big market to separate formats, both in charts and certifications. For how long? We don’t know, after all they introduced downloads charts in late 2016 only.

The lack of norms

Ironically, 100 years after issues related to records lacking standard norms, we are back to the same situation. It’s better now since this flaw doesn’t impact the end user. Still, organizations managing charts and / or certifications of all countries raised their own rules. There have been no consistent adjustments between them.

It must be said that while certifications bodies are affiliated to the IFPI, they have no relation between each other. Also, the same set of rules may not make as much sense in all markets. For example, the share of YouTube is much bigger in Latin America. It’s not possible to ignore it there, while it is in Germany or in some Asian areas.

For chart freaks, it’s a real nightmare. The lack of norm creates a lot of room of errors when gauging sales of artists. Labels report certifications from various countries for marketing purpose, but it is all very misleading since they all fit to distinct rules and conversion ratios. The only official document where global streams and sales are combined with a consistent rule is inside the Annual IFPI Report. We can only hope for actors like the IFPI, the RIAA and the BPI to align their standards. Ultimately, adding complexity can’t be a positive move.

While we can discuss about the ratio to apply between streams and sales, between songs and albums, they are only details. The fundamental debates around streaming involves video streams and freemium streams instead.

After applying the first 5 main steps to incorporate streaming into charts and certifications, official bodies are now at the stage of adjusting flaws. In Germany and Austria for example, only premium streams are counted for charts and certifications purposes. The SNEP from France announced the same measure last month. The BPI from the UK is considering the same rule too. It’s a sign of the times as freemium accounts are losing ground. They represented close to 70% of streaming users 5 years ago against 35% by the end of 2017. Spotify, where are registered nearly all freemium users, also reported their premium users stream more content hours than ad-supported users.

Then there is YouTube. It looks like most industry actors are pending evolution about the value gap to react. The value gap is the name given by the IFPI to the huge difference in revenue per user brought by YouTube in comparison to audio streaming platforms. To make it short, YouTube pays about 30 times less money per stream to the music industry. For that reason, these streams are still mostly ignored on global charts, even if they are accounted for in most of the American continent. We will have to wait and see what happens, but everyone is hoping for a legislation to fix situation.