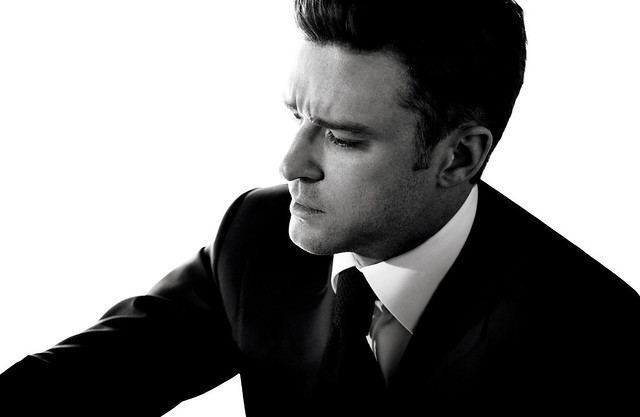 like too see if robbie williams/take that can beat him………..especially since he has no sales in the u.s.a.

90 million is incredible………………….i don’t know why anyone would be upset with those totals.

Hi Nathan! His cumulative tally is obviously good! The disappointment is more about status vs real sales. I posted Avril Lavigne right now: they both debuted in 2002, they both issued 5 albums (although JT’s fifth is still new) and Avril has much less collaborations. I’m quite sure 95% of people would expect JT to be much higher, they are almost tied (46m vs 43m) with the gap and more being entirely due to featurings. There is a gap between the general public’s perception and the reality. He is one of the biggest from the last 15 years, but one… Read more »

MJD, care to hint us at who’s next? 🙂
I’m very curious about Aerosmith, AC/DC and Elvis.

Avril Lavigne is the next one (coming very soon!) since no female has been posted since November, then AC/DC will follow 😉

He is the same as his group, started successful but never really big outside us

Hi Lavigner! While I agree that JT is someway weaker than what he is supposed to be, this comparison isn’t really fair. Britney / Janet / JT started at very different moments and JT already had a career before, so even if it was his 1st/2nd/3rd album, he was as fresh as Britney was at the same stage of her discography. Britney’s third came in 2001 when she was 19, JT’s third was released in 2013 when he was 32. Also, he is a bit higher than 36m without feats as the biggest of his Orphan tracks, Can’t Stop the… Read more »

He debuted when Britney if you considered nsync, but the limelight was divided by four. He was the most popular of them, but Britney was much more popular than him. Nsync always opened much better than Britney in Usa, but in the zone opened much better than Justified there even though Me against to the music was a flop there. And internationally, Justin did not make himself known until his debut solo. Therefore, until Justified, Justin was not a world star, and even in Usa, he was far of exposure of Britney there. However, I want to make a comparison… Read more »

Hi Lavigner! I’m not comparing Britney with Justin, I’m precisely saying that their careers / periods / pace of release is so much different that it is difficult to get an accurate picture of it. You say that JT only had 3 successful albums, that’s true, but he also released only 3 albums in his first 11 years! Anyway, it is clear that overall Britney is bigger. In the US, there may be a game if you check NSYNC + JT against Britney, but Worldwide she is undoubtedly much bigger than him. That’s why I compared him to Bruno Mars… Read more »

I compared Justin with Janet and Britney because they are, in some way, related. But you’re right to compare him better with Bruno and Justin B. It’s incredible that Justin is perceived as bigger than them. In my opinion, that’s because he always had a good marketing team that exaggerates his success, but this time, for the first time, the media, which have always praised him, are destroying him. I believe that this semi failure with his new album is an example of the influence of the media in the success in a artist sometimes. If they had praised his… Read more »

He is the most overrated artist of the 21st century in my opinion.

If I may ask, why Justin Timberlake’s and NSYNC’s final CSPC numbers are not included in the “CSPC: Top Selling Artists Ever (EAS)” list along with all other artists?

Everything is up to date now 🙂

Thanks! I thought FS/LS would have a higher total, closer to 20M cspc. I remember that album was everywhere back then. But I suppose that was already well into the period of declining album sales.

With the reception Man of the Woods is getting, I can’t imagine it getting past 1.5 M total cspc.

Imagine being this pressed…

His sales in Spain are incredibly low. I thought they liked teen oriented singers ? I mean, when he started he was fresh out of NSYNC and he never made it in Spain.

NSYNC was not big in Spain either.

46 M is very disappointing for an artist of his statuses, especially when he would have sold only 36 million without the feats. He is not even among the ten best-selling artists of his generation. Obviously, their numbers are not bad but they are far from his statutus.

This website uses cookies to improve your experience while you navigate through the website. Out of these cookies, the cookies that are categorized as necessary are stored on your browser as they are as essential for the working of basic functionalities of the website. We also use third-party cookies that help us analyze and understand how you use this website. These cookies will be stored in your browser only with your consent. You also have the option to opt-out of these cookies. But opting out of some of these cookies may have an effect on your browsing experience.
Necessary Always Enabled
Necessary cookies are absolutely essential for the website to function properly. This category only includes cookies that ensures basic functionalities and security features of the website. These cookies do not store any personal information.
SAVE & ACCEPT
wpDiscuz
48
0
Would love your thoughts, please comment.x
()
x
| Reply