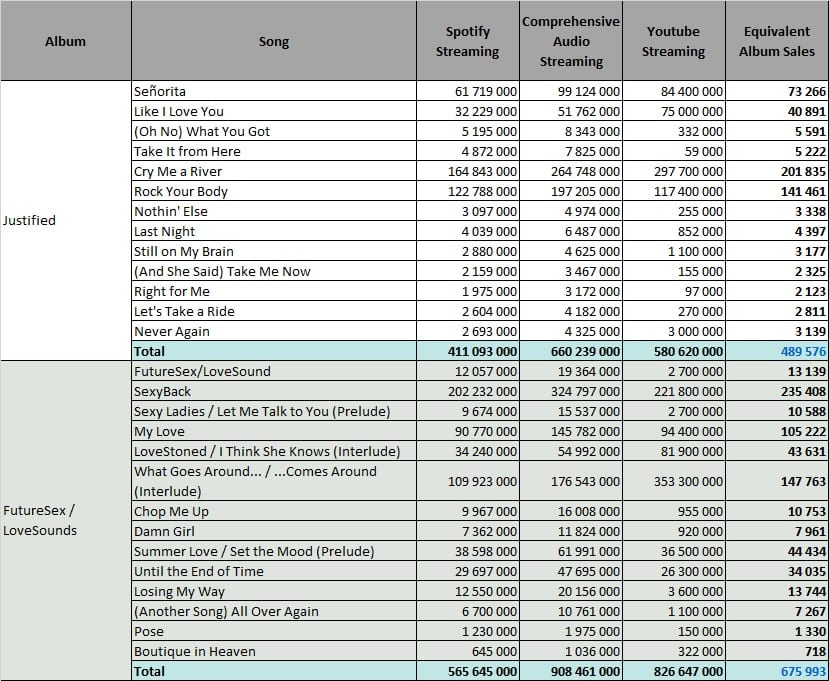 Streaming started well after the release of Justified and even FutureSex / LoveSounds but the appeal of their hits remains strong. They both include a pair of songs at more than 100 million streams on Spotify, all of which also top this total on YouTube. SexyBack is the biggest of them with more than 200 million on both sides, followed by Cry Me A River at 165 million.

The consistency of the latter album impresses. All the songs from the original tracklists are on 7 million or more while all the songs from Justified are at least up to 2 million. These great showings conclude on 490,000 equivalent album sales for the 2002 effort, while the 2006 blockbuster hits 676,000 units.