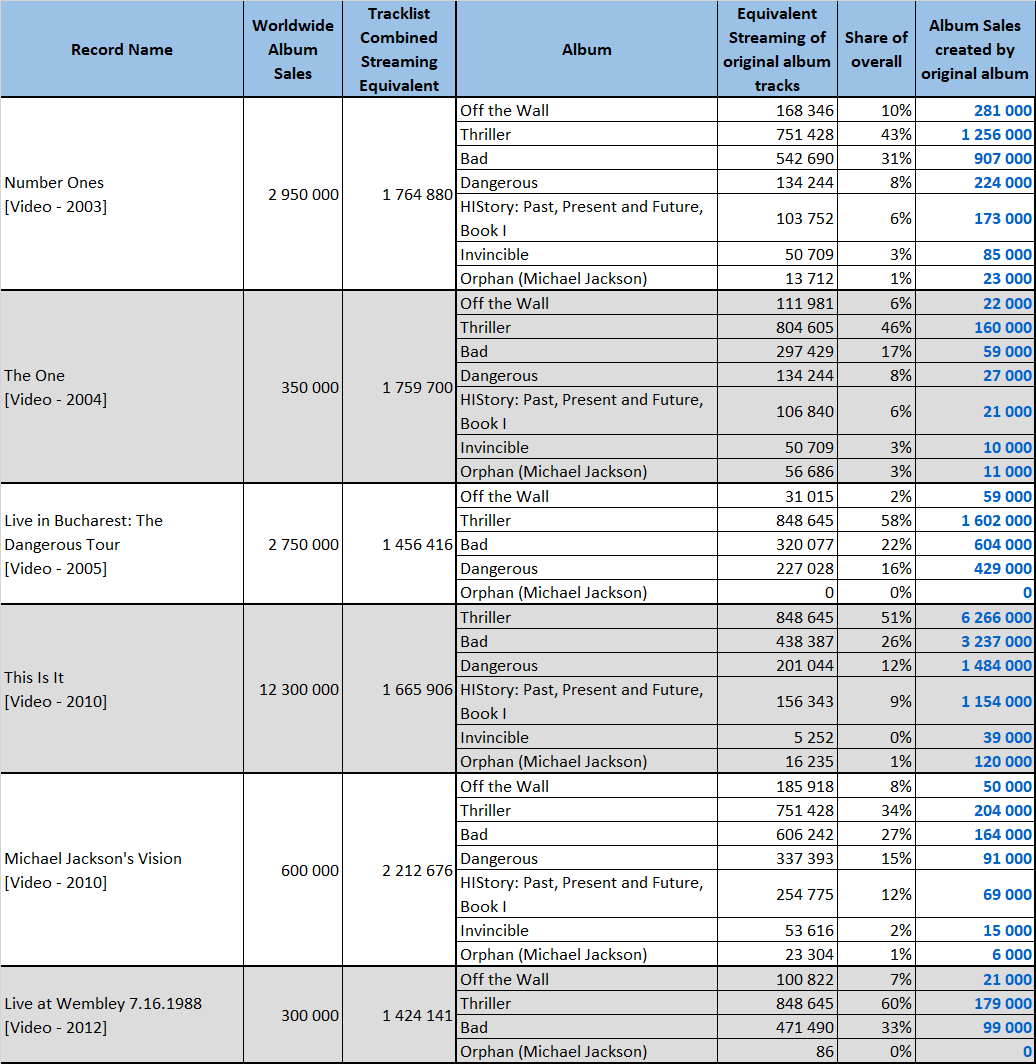 In recent years, Michael Jackson continued to register history-making results with his videos. Number Ones is near 3 million while Live In Bucharest isn’t far behind.

Already owner of 7 of the very best selling music videos ever, the death of the icon sent figures into a new dimension. The This Is It DVD shipped more than 12 million units in 2010. That’s twice more than Eminem‘s Recovery, the top selling album of the year with 6,0 million units sold.