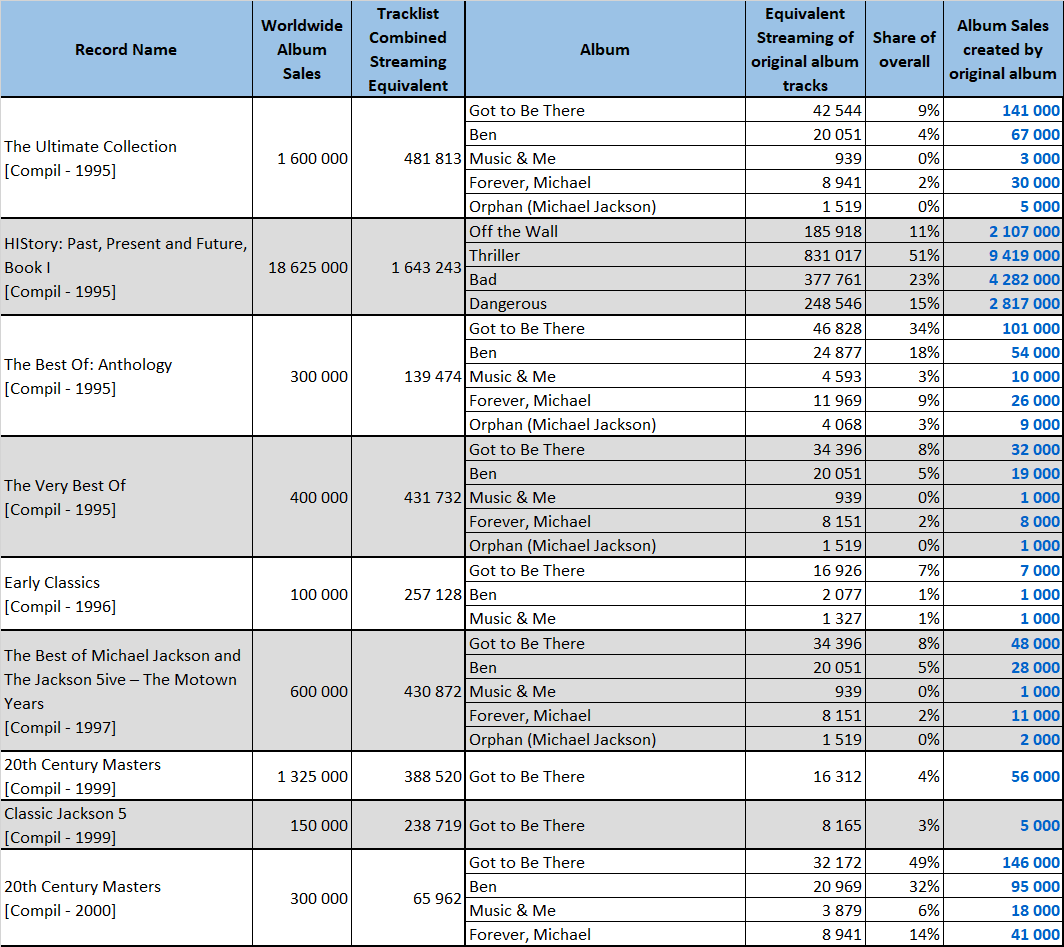 Apart from the new Motown best of albums, the record to point out is clearly HIStory. A real box of one compilation plus one studio album rather than a double album, this package includes the main hits of Off The Wall, Thriller, Bad and Dangerous.

Although the release format wasn’t traditional, the catalog reacted the same with a drop on catalog sales during the following years and much lower sales than the norm from follow up compilations, because that one was already owned by the majority of people interested.

Its distribution pattern is key as it is mostly the one of all compilations from Sony. Thriller is responsible for half of its sales but each of the other three albums have a strong impact too.

This website uses cookies to improve your experience while you navigate through the website. Out of these cookies, the cookies that are categorized as necessary are stored on your browser as they are as essential for the working of basic functionalities of the website. We also use third-party cookies that help us analyze and understand how you use this website. These cookies will be stored in your browser only with your consent. You also have the option to opt-out of these cookies. But opting out of some of these cookies may have an effect on your browsing experience.
Necessary Always Enabled
Necessary cookies are absolutely essential for the website to function properly. This category only includes cookies that ensures basic functionalities and security features of the website. These cookies do not store any personal information.
SAVE & ACCEPT
wpDiscuz
291
0
Would love your thoughts, please comment.x
()
x
| Reply