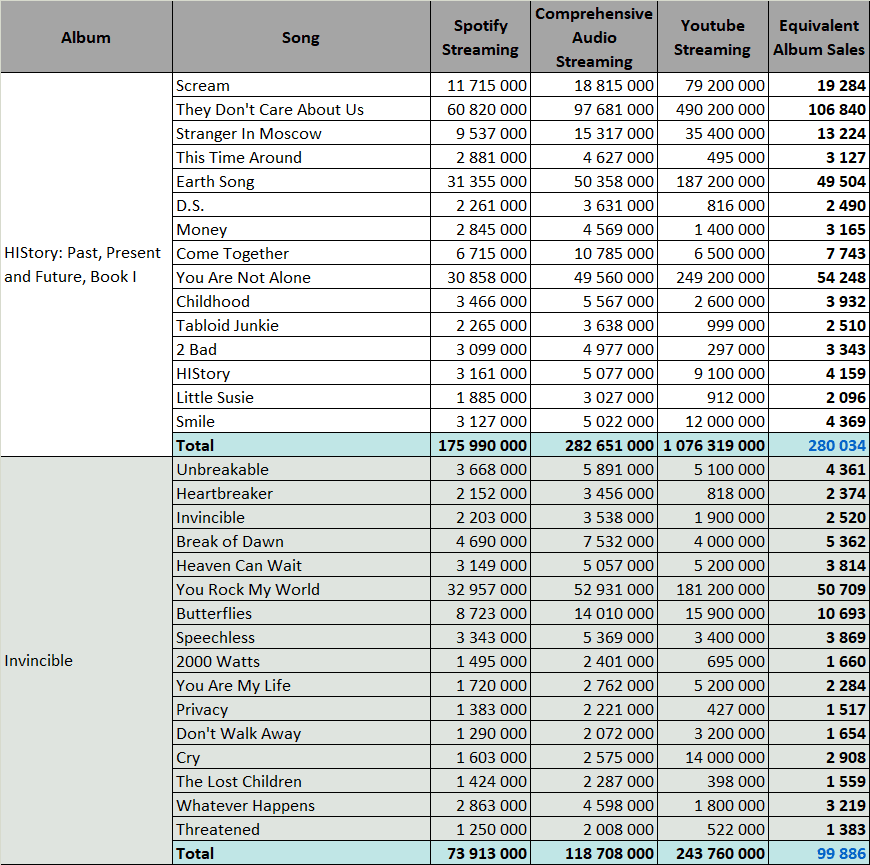 For an album that receives so little love these days, HIStory has impressive streams too. They Don’t Care About Us has 61 million streams on Spotify and both You Are Not Alone and Earth Song top 30 million. All its songs are at least on 2 million. YouTube views are even better with more than 1 billion views combined. HIStory has 280,000 equivalent album sales.

At 1,25 million Spotify streams, Threatened is the lowest song of the entire adult-catalog of Michael Jackson which says a lot. As expected the biggest hit from the album is You Rock My World at 33 million and 181 million on Spotify and YouTube respectively. Invincible has 100,000 equivalent album sales from streams.