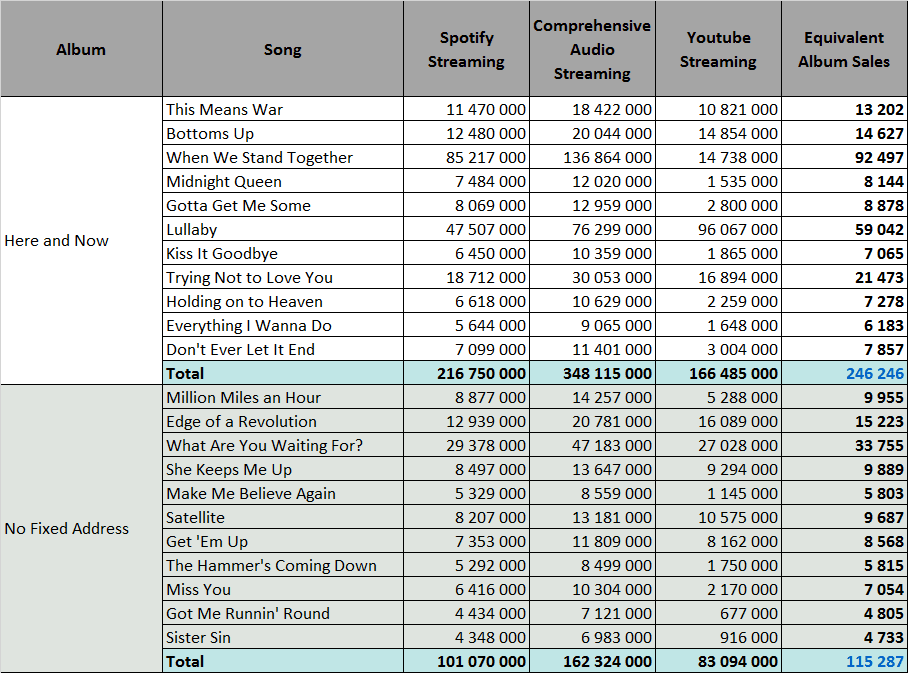 Here And Now saw a sharp drop from its predecessors in terms of sales. It came out in 2011, before the boom of streaming. Nevertheless, it grosses 246,000 equivalent album sales, a very respectable result. When We Stand Together is the main benefactor of this total with 85 million streams on Spotify.

No Fixed Address lacks a hit of this magnitude, as its biggest is under 30 million. The consequence is striking with only 115,000 equivalent album sales, less than its 3 predecessors, although it is the only one that came out in a favorable context as streaming was becoming big by 2014/2015.