It sounds fairly logical to add together weighted sales of one era – studio album, physical singles, downloads, streams – to get the full picture of an album popularity. For older releases though, they also generate sales of various live, music videos and compilation albums. 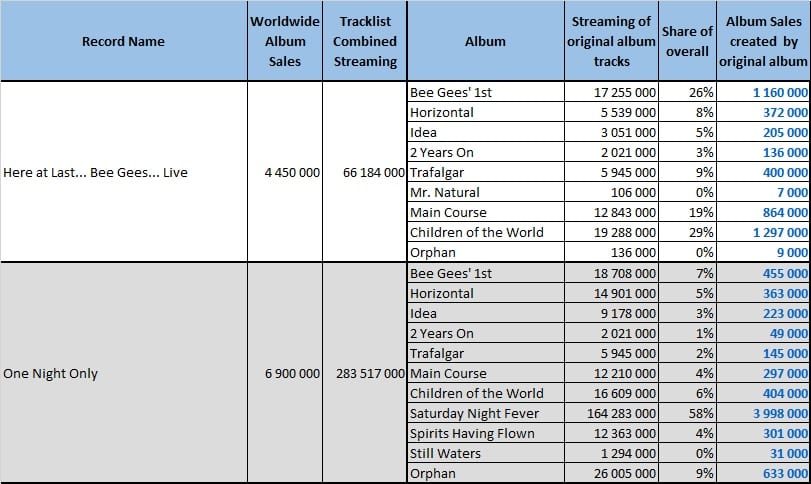 How to understand this table? If you check for example One Night Only live album line, those figures mean it sold 6,900,000 units worldwide. The second statistics column means all versions of all songs included on this package add for 284 million streaming plays on Spotify.

The second part at the right of the table shows how many streams are coming from each original album plus the share it represents on the overall package streams. Thus, streaming figures tell us Saturday Night Fever songs are responsible for 58% of the One Night Only tracklist attractiveness, which means it generated 3,998,000 of its 6,900,000 album sales and so on for the other records.

Those two live albums are a perfect illustration of the two kind of compilations issued by the band – those focusing on their early years which got sales generated from several LPs like Bee Gees’ 1st or Children of the World and those containing songs from their entire career which are massively dominated by Saturday Night Fever hits.