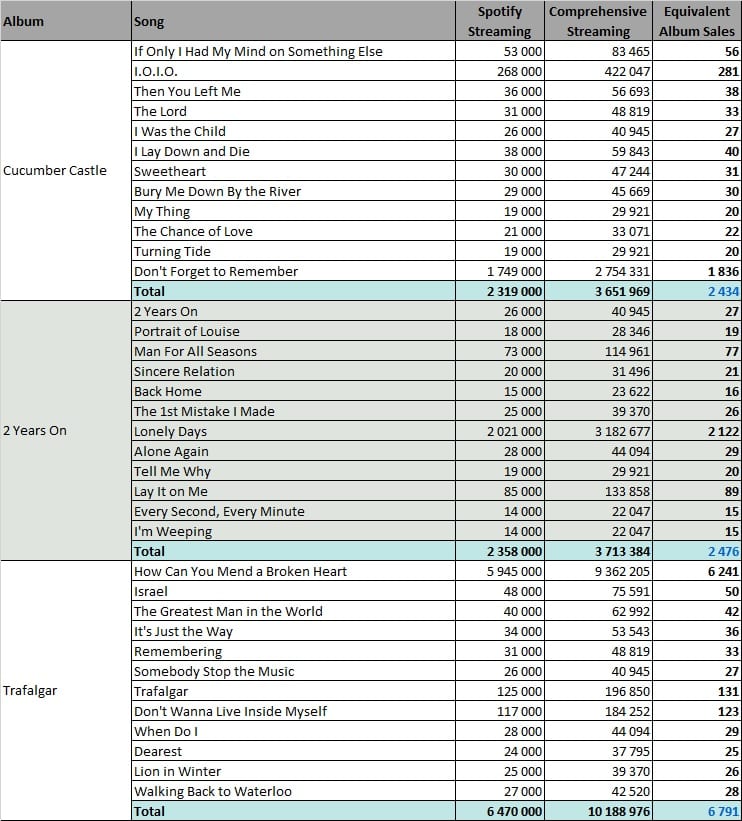 As weak as some of those albums have been, they were still home to various popular hits. The main one was How Can You Mend a Broken Heart, a huge 4-weeks at #1 in the US and all over the American continent.

Memory is often selective though, and while their disco hits remain in the mind of everyone, those earlier smashes are struggling. The previously mentioned Trafalgar single has less than 6 million plays while the remainder of the track list totals a mere 525,000 streams. Those abysmal results are convert into less than 12,000 equivalent album sales combined for those three albums.