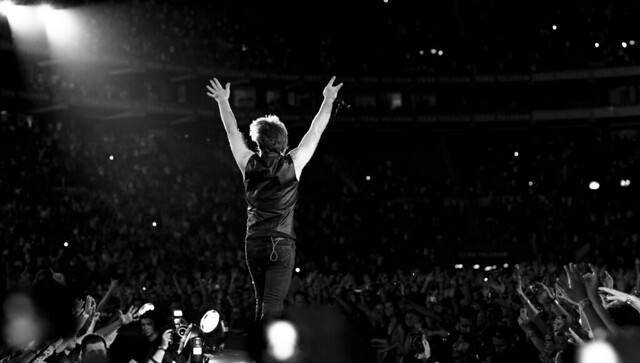 As every act with such an extensive discography, Bon Jovi issued various compilations, box sets, live albums and music videos. Clearly, 1994 first best of album Crossroads is the biggest seller of all those sets but the band moved more records than just that one. 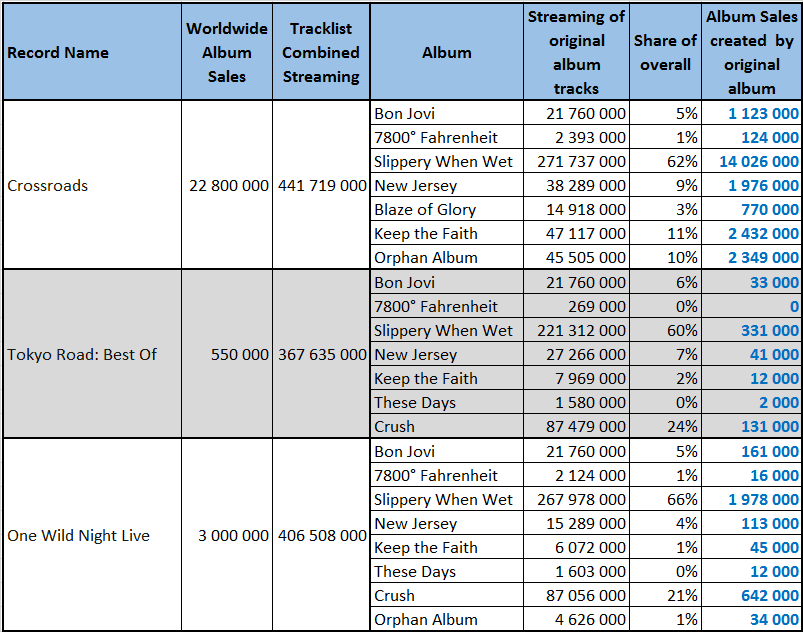 How to understand this table? If you check for example Crossroads compilation album line, those figures mean it sold 22,800,000 units worldwide. The second statistics column means all versions of all songs included on this package add for 442 million streaming plays on Spotify as of November 14th 2016.

The second part at the right of the table shows how many streams are coming from each original album plus the share it represents on the overall package streams. Thus, streaming figures tell us Slippery When Wet songs are responsible for 62% of the Crossroads tracklist attractiveness, which means it generated 14,026,000 of its 22,800,000 album sales and so on for the other records.

This first pack of full length include their major compilation Crossroads, their main live set One Wild Night Live as well as a local best of from Japan, Tokyo Road. All those packages came out at least one decade after the band debut which means they cover various albums. Still, hits of Slippery When Wet are so much bigger than anything else in the band discography that this album is responsible for more than 60% of all those packages sales. Guess what? This pattern will be verified again and again within’ upcoming records. The only other album that manages to get a relevant share of sales generated is Crush thanks to the smash It’s My Life.