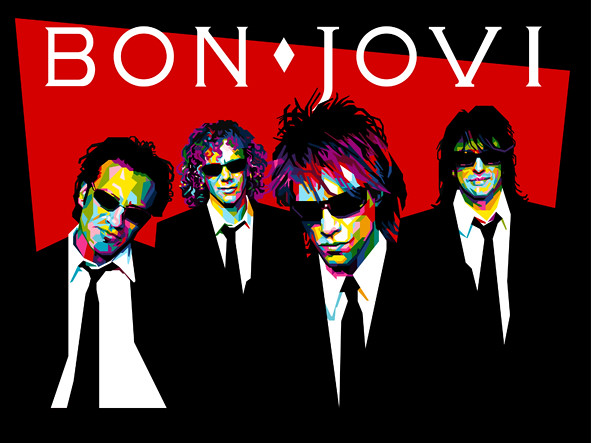 In music culture, there is very few categories of artists that encapsulate them all. You have classical acts, vocal acts, teen acts, entertainers and then singer-songwriters. This act type category will dictate the way an artist sells way more than its music genre. Then you have Bon Jovi, a band which belongs to none of those categories, that can’t be compared at all with other popular rock bands.

Classical acts sell steady amounts over the curse of time. We can enlarge that definition to include for example Jazz acts a la Miles Davis. Vocal acts from Frank Sinatra to Celine Dion sell mainly to an Adult Contemporary audience. They are less impacted by the success of their current singles. They can be extremely and widely popular although their studio albums won’t be good catalog sellers with the general public just cherry-picking one best of. Teen acts, say One Direction, sell very well within’ a very short period of time but they get the ability to sell well of every format that comes out in the market. Entertainers a la Madonna or ABBA are mostly pop stars, they sell heavy amounts everywhere in the world when they come out with big hits but as soon as they lack airplay their sales will go downhill. They do not have that much of a strong fan base following. Their studio albums will be poor catalog sellers with compilations taking the largest part of the pie, their album tracks are also completely ignored on streaming platforms. Then you get singer-songwriters, first solo acts like Bob Dylan, it quickly became the ground of highly popular rock bands. Those artists do not have that many die-hard fans in the negative sense of it, but they do have very loyal buyers. Their records, including studio albums, keep selling well for decades. Someway they benefit from advantages of all groups selling well in the short-mid-long run, e.g. upon release, during the promotional campaign and as catalog items.

One may say Bon Jovi obviously fits into the last category. Well, no, they don’t. Their sales pattern is definitely closer to the one of entertainers like ABBA rather than Metallica. A pattern is just that yet, a pattern, it doesn’t tell you how big they got while fitting into that display. So, a few days after the release of their last album, the 13th in 32 years, how did Bon Jovi perform along the way? We will found out results just now. Just a small technicality for this group, as their greatest hits albums involve songs from both the band and the couple of albums lead singer Jon Bon Jovi issued under his own name, I’m adding those two albums into the study. Feel free to remove final sales figures for them from the overall total of the band.

As a reminder for users who are not yet familiar with the CSPC idea you do not need to worry, it is quite simple as it only consists in merging every format sales an artist has been getting and attributing them to respective studio albums. We will start by focusing on raw data, setting how much each Bon Jovi album sold. Then, we will check sales of each track from those albums on each format – physical, digital and streaming – and weight them to value those figures on a par with album sales. To complete the study, we will study sales of the all compilations, live albums and music videos they dropped. Once all the raw data is set, we will only need to apply appropriate weighting to get the overall picture of the American band career results.