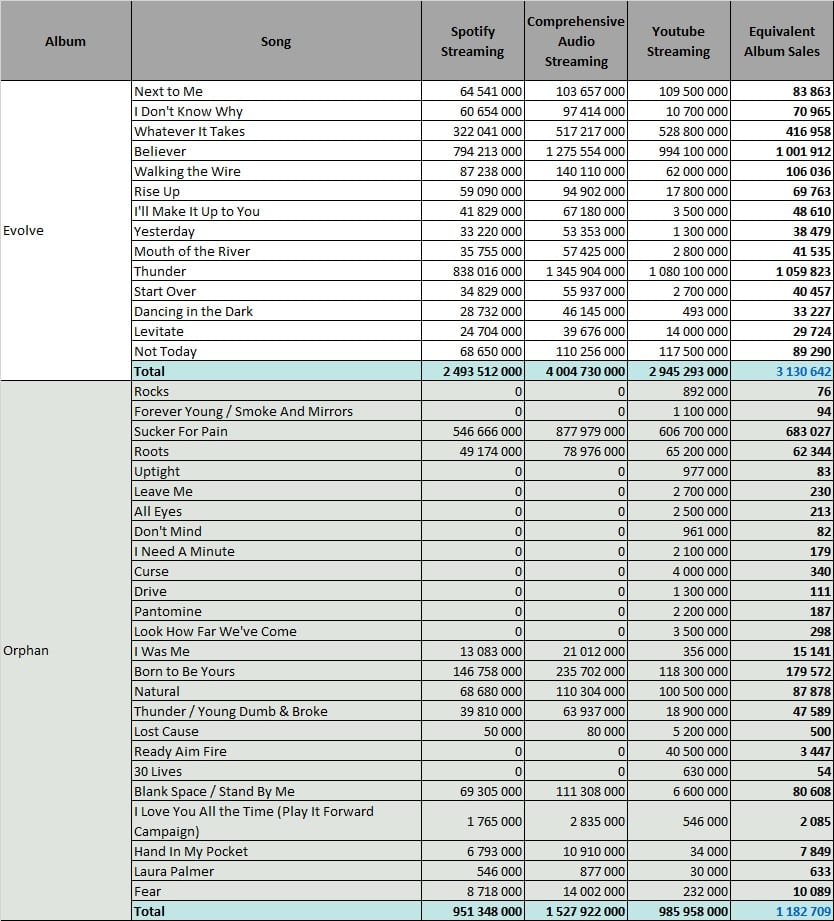 Both Believer and Thunder are on their way to hit 1 billion streams on both Spotify and YouTube. They already topped 1 million EAS each. With the success of Whatever It Takes and the consistency of its album tracks, the album reaches 3 million EAS with ease. It may top Night Visions soon.

The orphan section remained fairly empty of relevant tracks for long but things are changing. Sucker For Pain became a true hit off the radar, Born to Be Yours is doing well and Natural is exploding at the moment. With new participations into soundtracks announced for upcoming months, the 1,2 million EAS obtained from orphan songs may grow at fast pace from now.