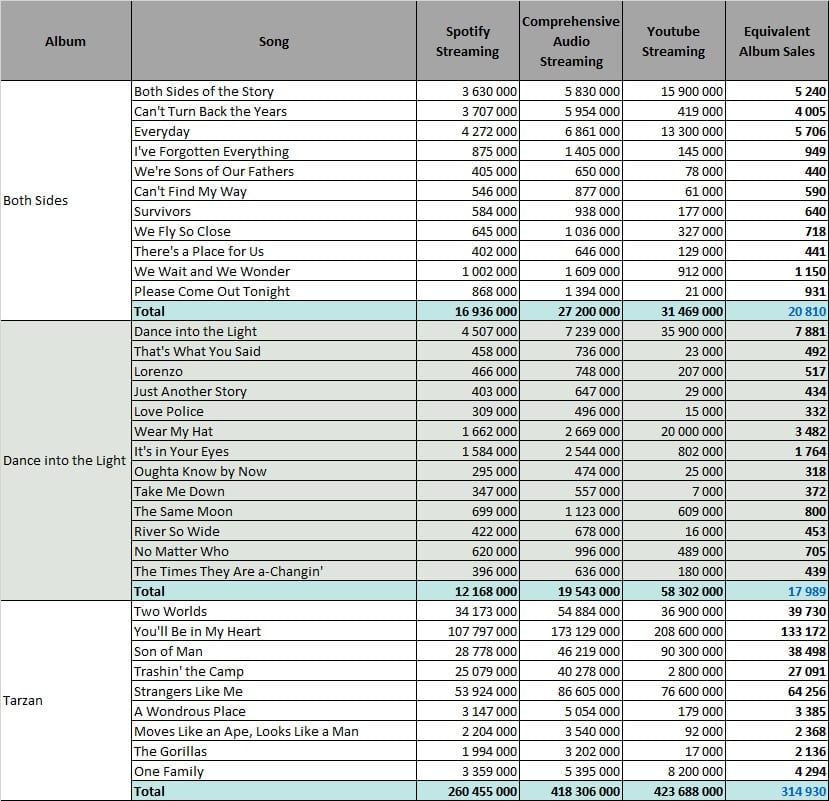 The lack of popular songs from Both Sides and Dance into the Light is visible once again, this time with their weak streams. They combine for less than 40,000 EAS.

The music of Disney movies is forever popular among kids. Tarzan is no exception. The album has 5 songs over 25 million streams on Spotify, led by You’ll Be in My Heart at 108 million. It must be said that while Disney Soundtracks are rarely 100% linked to one artist, Collins is responsible for all its songs, singing all of them and even performing versions translated into foreign languages. At 315,000 EAS, the record is his biggest one on streaming platforms!