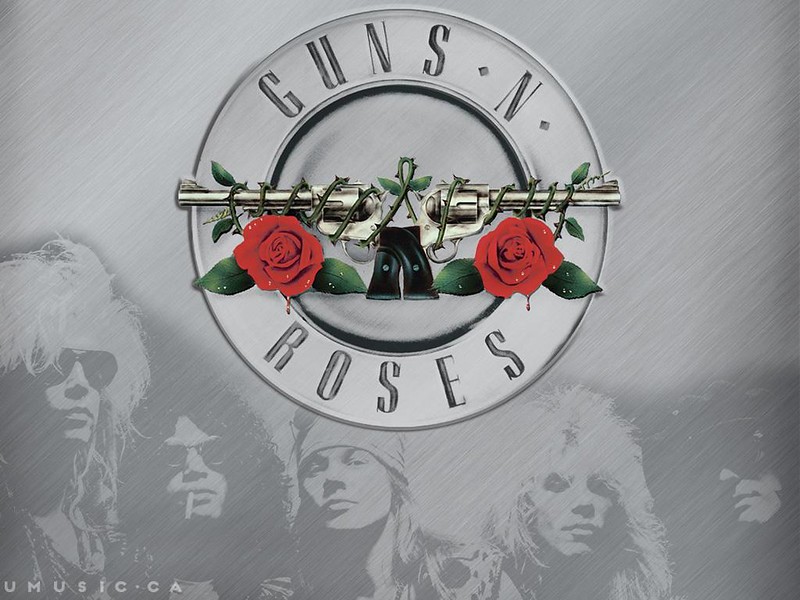 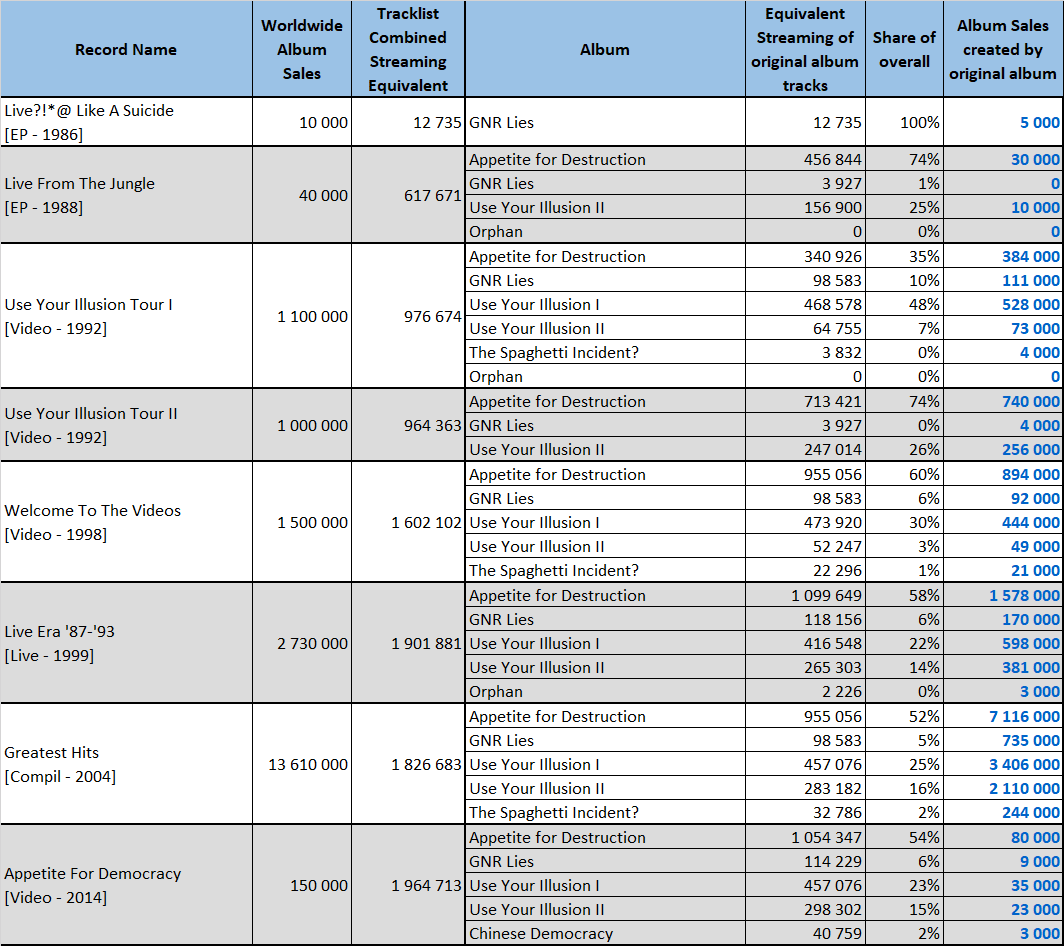 How to understand this table? If you check for example the Greatest Hits line, those figures mean it sold 13,610,000 units worldwide. The second statistics column means all versions of all the songs included on this package add for 1,965,000 equivalent album sales from streams of all types.

The second part at the right of the table shows how many streams are coming from each original album plus the share it represents on the overall package streams. Thus, streaming figures tell us Appetite For Destruction songs are responsible for 52% of the Greatest Hits tracklist attractiveness, which means it generated 7,116,000 of its 13,610,000 album sales and so on for the other records.

A few comments now. It is not a surprise to see the band’s debut album being the main generator of sales for most of their subsequent packages of their catalog. It represents from 35% to 74% of all releases attractiveness. Their Greatest Hits album has more tracks coming from each of Use Your Illusion I and II than Appetite For Destruction, which is one of the reasons this AFD‘s catalog sales better survived against this 2004 release.