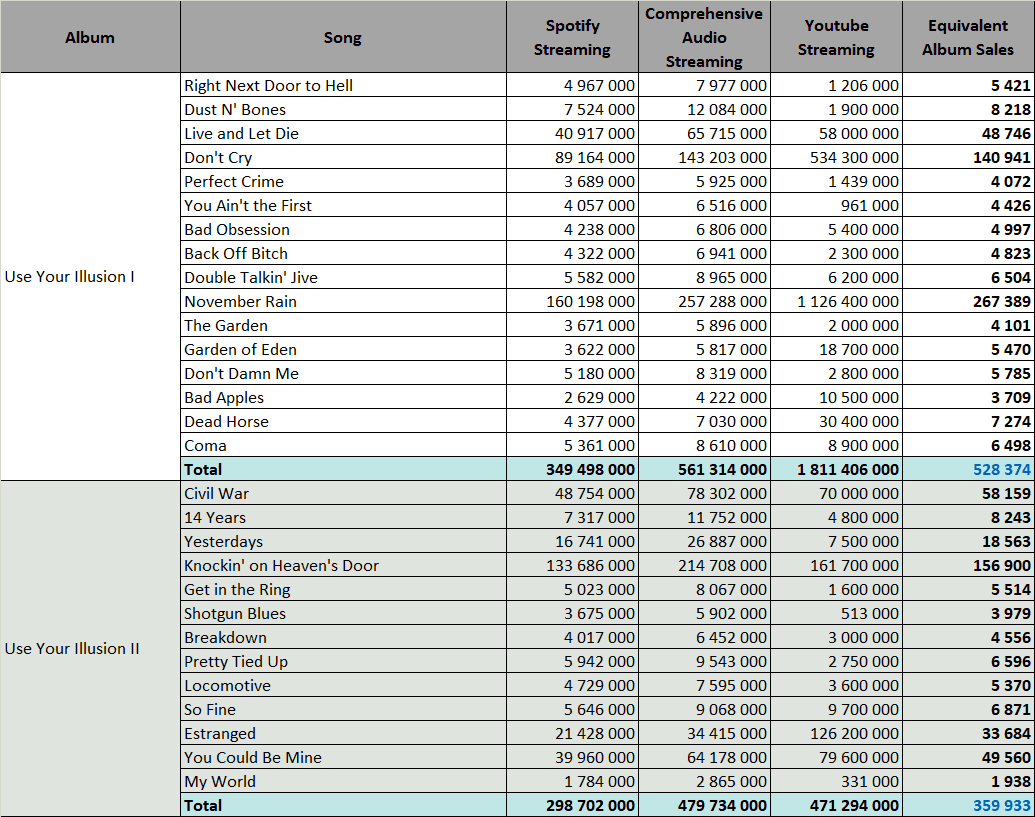 There has always been much debate around Guns N’ Roses with the media often referring to them as a one-album wonder act. Let’s put it this way: Use Your Illusion II‘s streams are higher than Madonna‘s huge pair of ground breaking albums Like A Virgin and True Blue combined. Not bad for a ‘non-existent’ album according to many. Incredibly enough, Use Your Illusion I is even stronger with 350 million Spotify streams and 1,8 billion YouTube views. This claim from the media is more a case of an album being so gigantic in the form of Appetite For Destruction that everything else from the band looks like a flop, even when other releases have been incredibly successful in their own right.