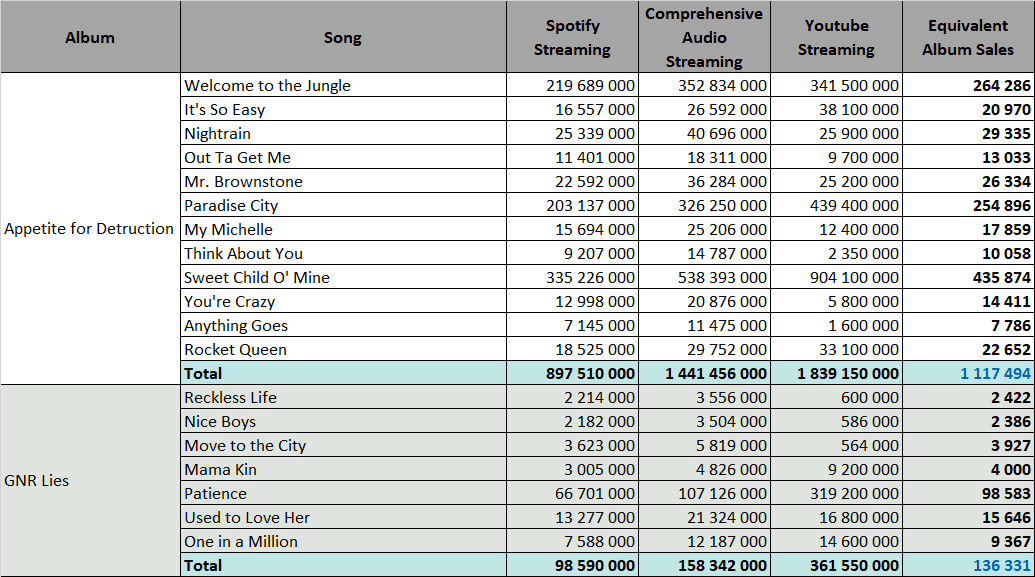 You must start to understand it, Appetite For Destruction isn’t just a blockbuster album seller. Whichever format you look at this record achieved insane results. In terms of streaming, its main three singles cumulate 200 million plays on Spotify alone with all three of them among the Top 15 biggest tracks of the 80s along with the likes of Billie Jean, Don’t Stop Believin’ and With Or Without You. Inside those 80s biggest hits in the streaming world, only Michael Jackson‘s album Thriller can challenge Guns N’ Roses’ beast with its main three songs receiving 758 million streams combined. Its streams on YouTube are equally impressive with over 1,8 billion views in total.

GNR Lies is nowhere near as big but Patience remains a very popular song. It generates nearly 100,000 equivalent album sales out of the 136,000 units managed by the entire track list.