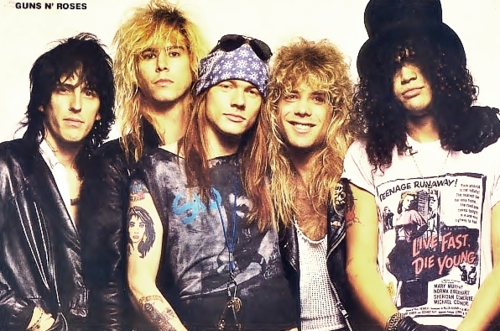 A mere six albums released. One of them (GNR Lies) was an EP converted into a quickly made album. Two others (Use Your Illusion I&II) were released simultaneously making it hard to promote. A fourth set (The Spaghetti Incident?) was a cover album. A fifth release (Chinese Democracy) took 15 years and almost as many millions to be recorded featuring an all new band lineup compared to their debut album with only lead singer Axl Rose and keyboardist Dizzy Reed.

In spite of this quite short discography, and so few standard releases, the band amassed more than 87 million album sales, an outstanding average of 14,5 million copies sold.

The band’s sales are clearly not only restricted to the original album sales as they released a decent selling live album, as well as one of the biggest compilations of the last 15 years, the 2004 package Greatest Hits. While this release slowed down catalog results of original albums Appetite For Destruction is still achieving notable success year after year.