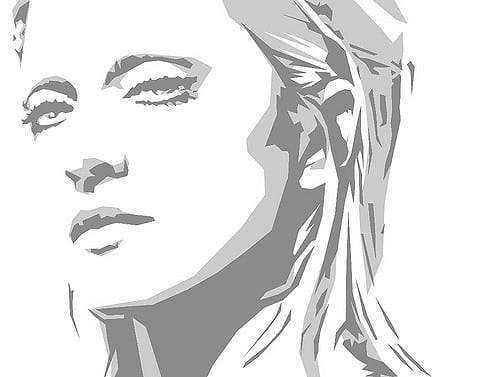 The Queen of Pop. Madonna is widely recognized as the biggest female star of all-time. As you know if you have been following Chartmasters.org for long, we created the Commensurate Sales to Popularity Concept in order to validate or not those assumptions.

Applying it to historical albums and young popular artists helped us to understand that album sales aren’t the only valid indicator of popularity both because of the impact of various compilations and of large singles sales. Some artists have been able to pull great numbers in all fronts.

One perfect example appears to be Madonna. Consequently, it is time to apply this concept on this case which involves both situations combined to see how much it impacts our perception of each album popularity.

In fact, the American superstar had strong singles sales all over her career as well as notorious compilations downgrading a lot catalog results of her original albums.

While an unexperienced eye would conclude that Madonna never really had a true massive hit album, others will notice most of those female artists had one standout album that was well other the par inside their own discography. This situation is clearly favorable to the one-off record that keeps getting enduring catalog appeal – which is precisely why Tracy Chapman and Carole King blockbusters are now passing by True Blue – while the extensive career of Madonna makes compilations more relevant to the casual buyer.

Indeed, the singer outsold all other previously mentioned females minus Celine Dion by over 2 to 1 in terms of compilation sales. No need to say she also outsold all those females in terms of physical singles sales by a considerable margin.

Considering this context, merging results of all her records ends up being absolutely necessary to properly define how successful – or unsuccessful! – her albums have been. If there is little doubt that True Blue would appear into a Top 10 most successful, in opposition to best selling, female studio albums list it is interesting to know how high it would be and if additional Madonna‘s albums can climb into those high waters as well.

As usual, I’ll be using the Commensurate Sales to Popularity Concept in order to relevantly gauge her results. This concept will not only bring you sales information for all Madonna‘s albums, physical and download singles, as well as audio and video streaming, but it will also determine their true popularity. If you are not yet familiar with the CSPC method, the next page explains it with a short video. I fully recommend watching the video before getting into the sales figures. Of course, if you are a regular visitor feel free to skip the video and get into the figures.

Madonna’s albuns haven’t been certificated since 90’s or de early 00’s, how much a possible new certifications will add to her CSPC?

Hey I have a query. Why is Into the groove considered to be part of Like a virgin album, while Die another day is not considered to be part of American life album? Especially if one takes into consideration that more than half of the LAV pieces sold do not include Into the groove (I mean all sold in USA and all sold worldwide before September 1985), while Die another day was always a part of the AL album. Also that the fact that the AL album included Die another day would serve as a motive to buy the AL… Read more »

Hi Dimitris! The first/most fundamental question we wonder when deciding where to exclude a song, is on which album it appeared first. Die Another Day was released on the soundtrack of the movie 6 months before appearing on AL, which is why it’s an orphan song rather than a song from AL. In the other side, ITG was first available on an album through LAV. The US/UK versions obviously can make this more tricky. A good case is Queen’s Under Pressure, that first came out worldwide on the Hot Space album many months after the release of the single, but… Read more »

Hey, when are you gonna do Madonna’s albums and songs page? 🙂

Hi Correct me if I’m wrong but by the way I’ve understood the chartmaster system, when listing the top songs of an artist, the system does not do justice to the songs that are released along with a compilation album (in Madonna’s case Justify my love and You’ll see and in Kylie’s case I believe in you). I mean Justify my love has much better data (streaming, yt, physical and digital sales) than for example causing a commotion and it comes from an album that has sold 6 times more physical units than OST whos that girl and yet it… Read more »

This website uses cookies to improve your experience while you navigate through the website. Out of these cookies, the cookies that are categorized as necessary are stored on your browser as they are as essential for the working of basic functionalities of the website. We also use third-party cookies that help us analyze and understand how you use this website. These cookies will be stored in your browser only with your consent. You also have the option to opt-out of these cookies. But opting out of some of these cookies may have an effect on your browsing experience.
Necessary Always Enabled
Necessary cookies are absolutely essential for the website to function properly. This category only includes cookies that ensures basic functionalities and security features of the website. These cookies do not store any personal information.
SAVE & ACCEPT
wpDiscuz
355
0
Would love your thoughts, please comment.x
()
x
| Reply