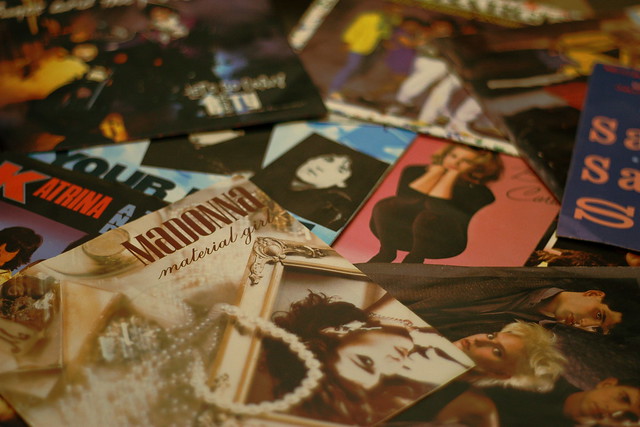 From 1983 to 1986 the popularity of Madonna increased every month. Singles sales of the likes Holiday or Borderline, over 3 million combined, make it look like the 1983 era was already big. The diva rise to fame was much more linear though. Those songs peaked at #6 and #54 during the year 1984 in the UK, it is after the Like A Virgin fever that their reissues shot to #2 in August 1985 and January 1986 respectively.

That fever was powered by the 4 million selling title track, a song that led the US Hot 100 for 6 weeks, but also by Into The Groove, an incredible smash in Europe. This song went on to sell 3 million copies despite a limited release as it never came out in the US, Canada or Australia. That 1984 era had 3 more million sellers in Material Girl, Angel and Dress You Up to combine for a grand total of 11 million physical singles sold.

A near-impossible tally to beat, it was topped by its direct follow up as hits from True Blue moved 12 million copies. Papa Don’t Preach and La Isla Bonita broke 3 million a piece, Live To Tell and True Blue 2 million while Open Your Heart almost seems to be weak although it sold a strong 1,3 million.

As for sales figures, a clarification is needed. From late 70s to early 90s, two formats were strong, 7″ and 12″. This latter format was double certified by the RIAA, the US organization in charge of providing Gold and Platinum awards. Artists of dancing music were selling a large amount of 12″ singles as they included mixes of those hot tunes.

Madonna was one of them. A song like Angel went Gold for 1 million units in 1985 while peaking only at #9 in the Sales chart, it was due to the single being a 12″ exclusive, meaning it sold 500,000 units rather than 1 million. Most other singles sold well in both formats, which inflates their RIAA tallies by 20-30%.