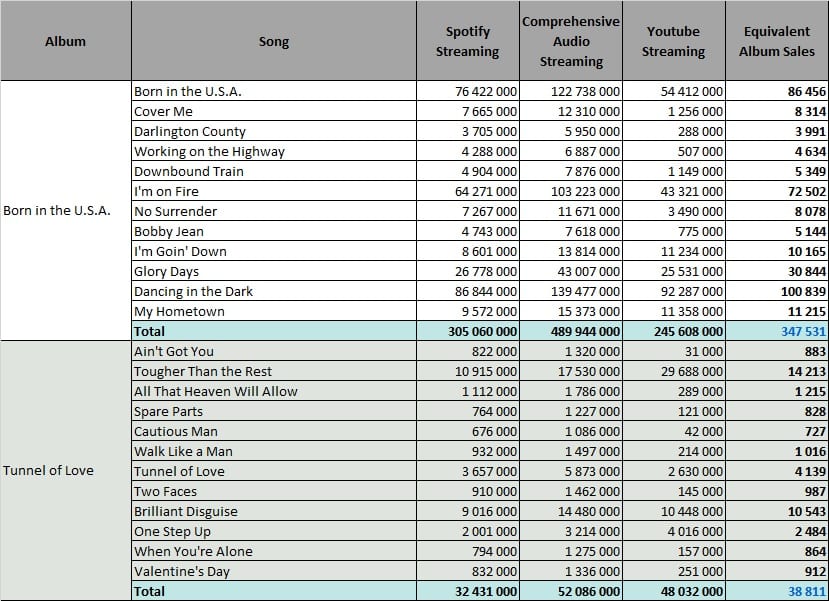 Here comes the beast. At 64 million streams, I’m on Fire would be the diamond of many artists’ discography. However, it is only the third highest song on Born in the U.S.A.! The title track has 76 million streams on Spotify, while Dancing in the Dark is up to 87 million. The album, which for many, is often the first step into Springsteen‘s discography also receives nice totals from YouTube with 246 million overall. All told, this adds 348,000 equivalent album sales.

The iconic song Brilliant Disguise is one of the most disappointing results with less than 10 million Spotify streams, a bit less than Tougher Than the Rest. Interestingly, the ongoing development of MTV during the 80s is visible in YouTube results 30 years later as songs from Tunnel of Love amass more streams there than on Spotify. It is up to 39,000 equivalent album sales.