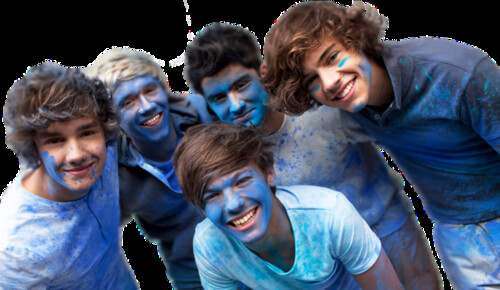 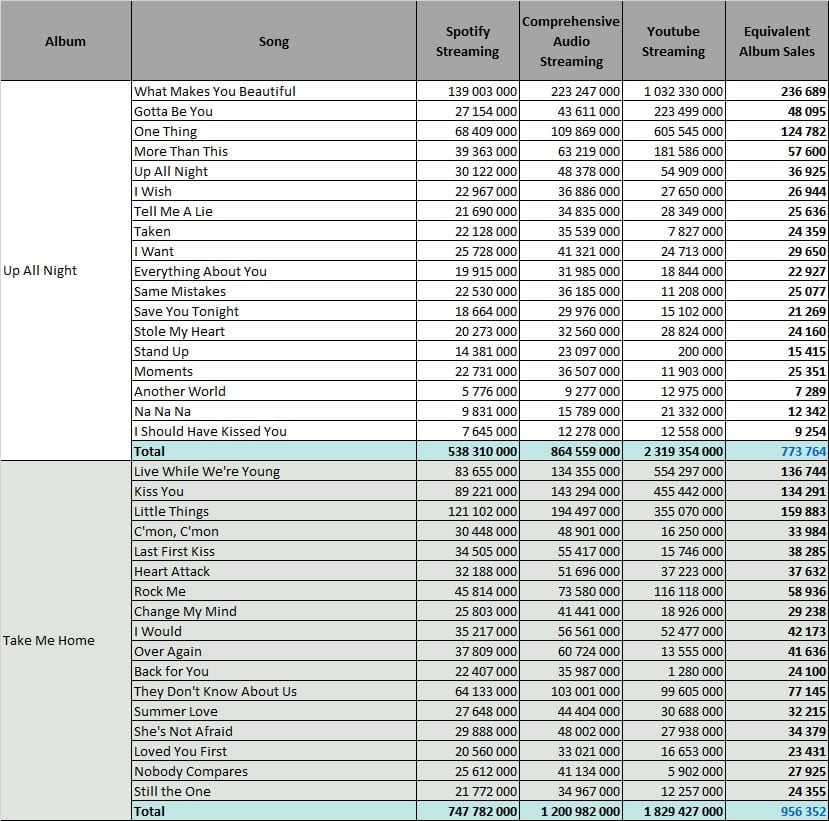 What can I say? It is getting more and more frequent to see recent albums with all their tracks above 10 million streams on Spotify. This is because many users are consuming music exclusively via the streaming platform nowadays. This feat remains quite rare for 2011 albums though, with only streaming monsters such as Drake and Ed Sheeran achieving this. They aren’t alone, as every track from the original Up All Night album is over 14 million. Years after their breakthrough, and also years after their peak, their catalog is still buoyant. What Makes You Beautiful impresses again with 139 million streams on Spotify plus over 1 billion views on YouTube. Such all-around top performing songs bring the LP an impressive 774,000 equivalent album sales.

Songs from Take Me Home do not only replicate the feat of Up All Night, but really outdo it with all 17 of them being past 20 million streams. Little Things leads the pack with 121 million streams on Spotify, although YouTube views are bigger for Live While We’re Young at 554 million. In total, those results are worth 956,000 equivalent album sales.