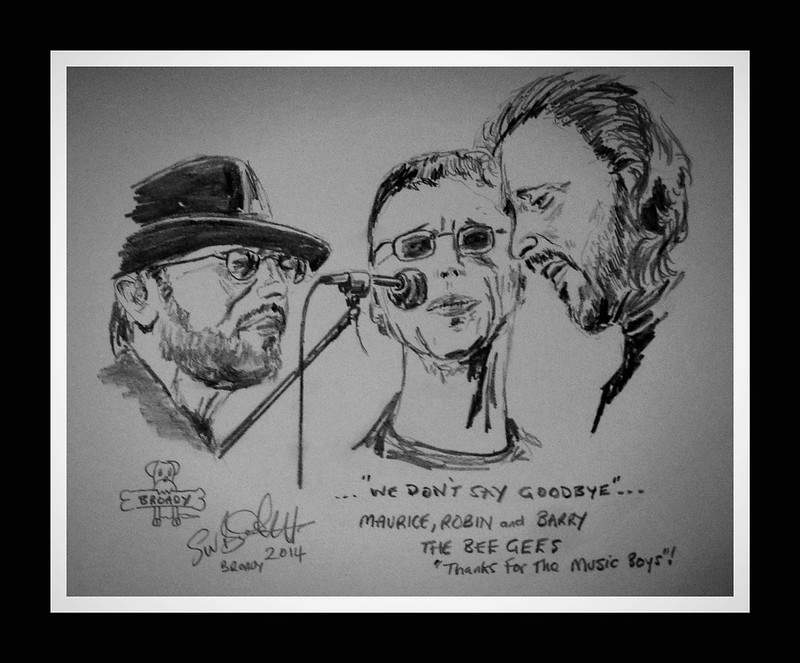 The years that end in a 7 are synonymous of anniversaries. No, I’m not talking about the Beatles’ cult Sgt Pepper’s which is turning 50 soon, and getting a much talked about reissue. Today we will be speaking about one of the biggest pop bands of all-time that came to prominence 40 years ago in the middle of the disco bonanza, the Bee Gees.

A decade ago, Amy Winehouse was everywhere. Two decades back, the Spice Girls were dominating while Shania Twain and Celine Dion dropped gigantic albums. In 1987, Michael Jackson‘s Bad, U2‘s Joshua Tree, Guns N’ Roses‘ Appetite For Destruction and Dirty Dancing all came too the spotlight. The Year 1967 is obviously home for various classics along with the Beatles, like the debut of the Doors or the Bee Gees’ own first hit in April 1967. The year interesting us today is 1977 though. Famous for being the year of Elvis Presley’s passing. Three of the biggest albums ever were released in that same year – Meat Loaf‘s Bat Out of Hell, Rumours by Fleetwood Mac, the #1 CSPC album studied to date, and of course the out-of-this-world smash Saturday Night Fever.

Just like The Bodyguard, this Soundtrack contains hits from various artists but is deeply regarded as the flagship of one specific artist, in this case the Gibb brothers. While the band became well-known in another year ending in 7, 1967, thanks to the global #1 smash Massachusetts – it is this Soundtrack that secured their spot in the music industry hall of fame. If they struggled for a few years, from Jive Talkin‘ in 1975 to their input on Barbra Streisand’s 1980 Guilty album, the Bee Gees sold an insane amount of records with ABBA being the only act coming close to their pace. From there, their popularity had various ups and downs with several revivals happening, with the last hype being generated by Robin Gibb’s sad passing in May 2012.

With a career spanning 45 years, and such an irregular trajectory, it is difficult to accurately establish the group’s success during each period of their career and their overall success. Are they in Nirvana’s league, or closer to the Beatles? Do they challenge solid acts a la Celine Dion, or not even close? Of course, as they are responsible for the biggest selling album ever up to 1983, Saturday Night Fever, this study ends up being absolutely mandatory to check the overall position of this record among the all-time album eras list. A strong question will be about whether it tops its label partner the Grease Soundtrack, which amassed an impressive 51,9 million equivalent album sales.

As usual, I’ll be using the Commensurate Sales to Popularity Concept in order to relevantly gauge their results. The concept will not only bring you sales information for all Bee Gees albums, physical singles, download singles, music videos and streaming, but it will also accurately weight all this information to conclude their true popularity. If you are not yet familiar with the CSPC idea, the next page explains it with a short video. I fully recommend you to check it out before getting into the sales figures. Of course, if you are a regular visitor feel free to jump straight into the sales figures. Let’s go!

MJ
Do you have a list with the top 10 most streamed Bee Gees videos on YouTube with the respective figures?
Thanks a lot in advance

Good work!
But I miss something.
You should count Andy’s #1 singles, Chain reaction, Emotion and some other Bee Gees compositions as Bee Gees. In our times, these collaborations are called ‘Featuring’.. and most of their songs for others were featuring The Bee Gees.

You have a real argument when you mention today most of those songs would get the featuring credit. I’ll check those songs in detail and try to define a rule to adjust that evolution within’ the music industry habits!

Isn’t it rather the Gibb brothers than the Gibbs brothers?

No need to say you are correct, this is now fixed 😉

Incredible job! This must have took ages to do. Keep up the amazing job, I love reading this site!

Job well done again! This analysis must have taken quite a long time considering the volume of the Bee Gees discography! Their discography is quite similar to that of Fleetwood Mac’s (One mega blockbuster, 1-2 very successful albums, a few albums with decent success, and the rest lie in the 1-3m range, accumulating a very healthy total) I’m quite surprised by how massive SNF is! Despite being in the same era and being remembered as successful as SNF, Grease is more than 10m units below the former! 65m+ is absolutely unbelievable! I wonder how big Thriller would be when you… Read more »

Hi Raffi! To answer your question about physical singles sales, since IFPI started reporting the format in 1973 the best year has been, maybe surprisingly, 1983 with 800 million singles sold Worldwide. This figure is kind of a mistery to me as the main markets we know US / JP / UK / FR / GE added for only 399 million for the year, down from 405 million in 1982 while only 580 million singles were sold in the World, so this may have been a typo from the IFPI. If we focus on the five main markets, the peak… Read more »

I believe there was several real huge album sellers in 1979, also Breakfast in America by Supertramp competed with Spirits. Besides the disco backlash had already started to hurt the Bee Gees in late 1979. A main problem with the Bee Gees catalogue is that in several long periods most of the studioalbums have been out of print, hard to find. They could have sold millions more if the company and Barry would not focus to much on hit collections. The overall very strong studioalbums tells the true story of how many great songs the public often are not given… Read more »