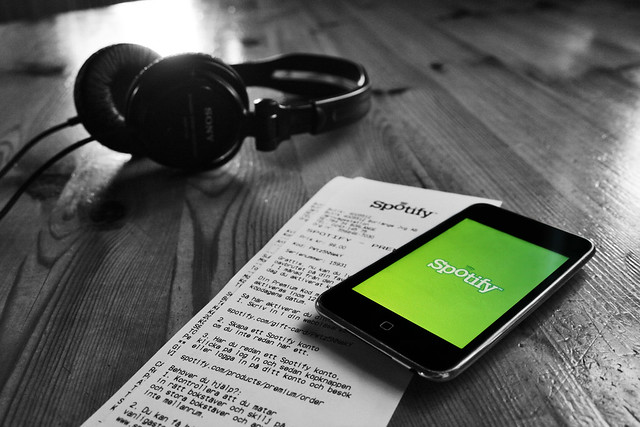 Streaming is made up of two families – audio and video. Our CSPC methodology now includes both to better reflect the real popularity of each track. The main source of data for each avenue is Spotify and YouTube. As detailed in the Fixing Log article, Spotify represents 132 million of the 212 million users of streaming platforms, while YouTube is pretty much the only video platform generating some revenue for the industry. Below is the equivalence set on the aforementioned article: 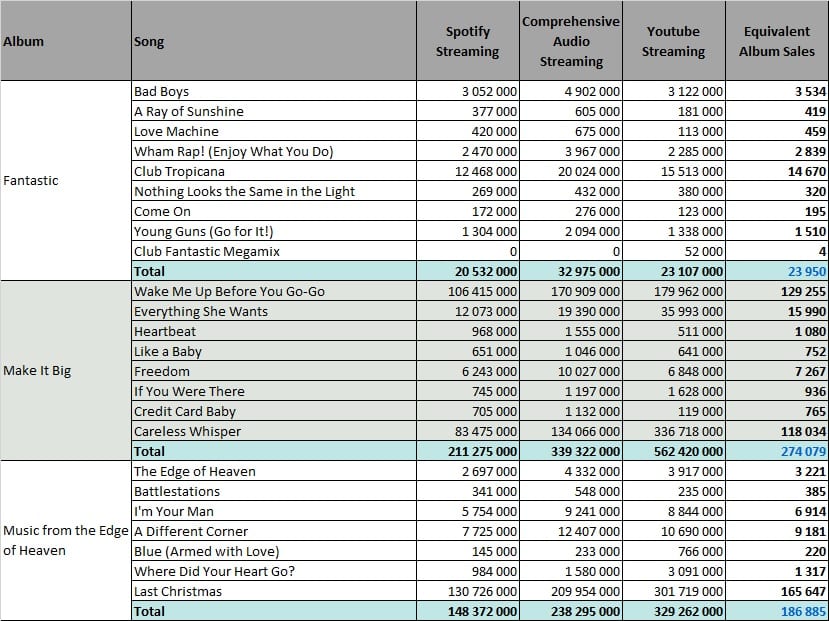 As expected, the duo’s debut album doesn’t do wonders with only Club Tropicana getting decent streaming numbers.

Make It Big contains two gigantic hits, Wake Me Up Before You Go-Go at over 105 million and Careless Whisper on 83 million. Interestingly, their order is reversed in video streams with the latter on 337 million while the former has 180 million YouTube views. The two other singles from its original era combine for 18 more million audio streams. Those hits create a very healthy total of 274,000 equivalent album sales. This is way more than every catalog album of Madonna for example.

So the total of Music from the Edge of Heaven, which enjoys 187,000 equivalent album sales, is mostly on the back of the evergreen holidays classic Last Christmas