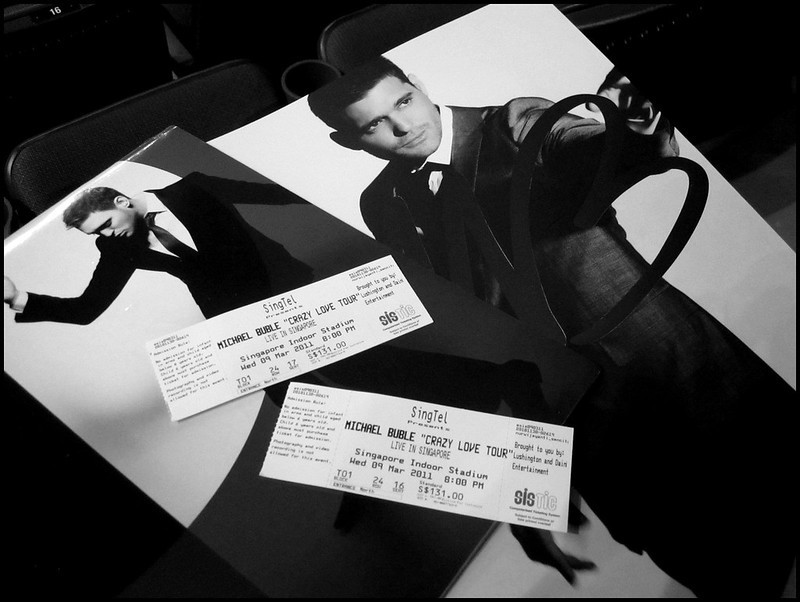 It’s time! After The Weeknd and Shania Twain we continue our Canadian road trip with one more stop today. As we get closer to Christmas, holidays habits come back to the surface. Since 2011, Michael Buble made his spot among those habits with his blockbuster album Christmas.

This recurring success story has been so widely reported that we almost forgot the artist issued many albums before. We even barely noticed he dropped a fresh new album Nobody But Me a couple of months ago only. Obviously, this is also due to the fact the singer put his career on hold doing no promotion for that record. In fact, during the release week of that album the singer 3 years old son was diagnosed a cancer against which he is receiving treatments at the moment. We can only wish Michael Buble family all the best during this difficult period, hoping his little kid will recover as soon as possible.

Back to the music industry, so far we covered several post-2000 superstars, mostly divas, rap masters and pop / rock bands. Very few artists outside of those boxes made it big in recent years. All of them like Rihanna, Drake or Coldplay have a huge appeal in the digital area. In the other side, all acts massively driven by physical sales are older ones a la Billy Joel or Celine Dion.

We may wonder how an artist in-between those two profiles is performing. The perfect study case is Michael Buble, a relatively young artist who targets an Adult Contemporary audience. How well is he translating into the digital world? How does he stand against huge pop stars in terms of overall sales? We will be applying the Commensurate Sales to Popularity Concept to answer those questions.

As a reminder for users who are not yet familiar with the CSPC idea you do not need to worry, it is quite simple as it only consists in merging every sales from all formats an artist has been getting and attributing them to respective studio albums. We will start by focusing on raw data, setting how much each Michael Buble album sold. Then, we will check sales of each track from those albums on each format – physical, download and streaming. To complete the study, we will study sales of the all compilations, live albums and music videos he dropped. Once all the raw data is set, we will only need to apply appropriate weighting to get the overall picture of the Jazz Crooner career results.