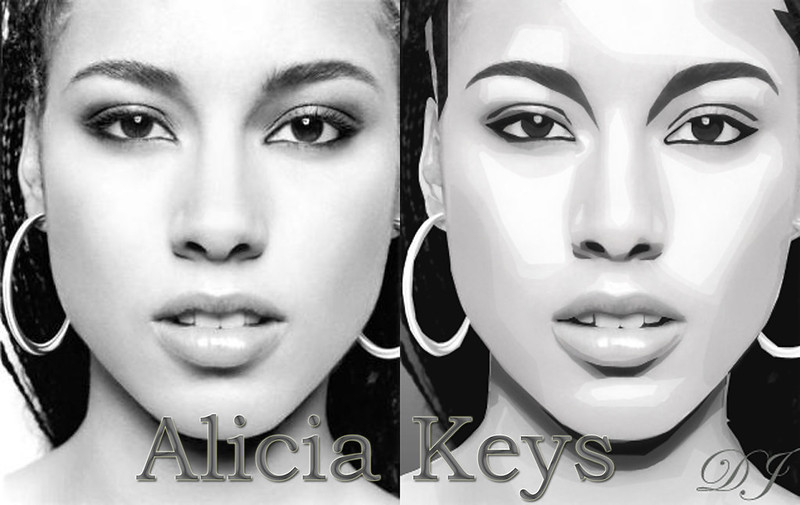 So, after checking all figures, how many overall album sales equivalent each Alicia Keys album achieved? Well, at this point we barely need to do the addition of all figures defined all over this article!

This is it! For regular Chartmasters.org readers, you may be surprised at the relatively low increases from pure studio album sales to total CSPC sales. That result is mostly due to the absence of relevant other releases like strong selling compilations. While digital singles may be worth it, by themselves they aren’t strong enough to impact significantly totals of a strong album sellers.

In spite of a decreasing spiral, it is hard to highlight a precise breaking point in Alicia Keys’ popularity. Once again we can conclude on how the artist has never really disappointed her target audience of urban music followers, but instead that general public interest in that kind of music vanished year after year. No breaking point at least until Here that stands for now at a mere 8% of its predecessor’s total. The album is still quite new but things aren’t looking good.

Apart from the evolution of her popularity, we can point out the high figures of each albums on their own. The first three albums average 11,5 million equivalent album sales, not that far from, say, the average of 15 million from the first three Coldplay albums from the same period. This tops the 10 million average of Maroon 5 first three sets. This confirms Alicia Keys status among the very best sellers of the 00s. Her consistency must also be noticed. If all her albums decreased their predecessors performances, she went from 14,9 million to 5,9 million over four albums while Norah Jones for example started at 26,3 million but was down to 2,5 million by her fourth release.

In total, Alicia Keys sold 47,3 million equivalent albums. Already below artists that started years after her like Justin Bieber, Rihanna, Taylor Swift, Lady Gaga or even Drake, this is still a very solid tally, especially for a non-Pop/Rock artist.