This being said, those figures are valid for English songs. In France, the dominating streaming service is the national platform Deezer with roughly 50% of all Streaming revenues generated. In the other side, Spotify represents only 11% of France Streaming market. From its 38% globally to 11% locally, it is difficult to weight properly Celine Dion French songs. In fact, while they are mostly known in France-speaking countries, their appeal is larger thanks to the artist global popularity. Thus, for all her French songs, I’m going to cut the share halfway between both figures at 24,5%. 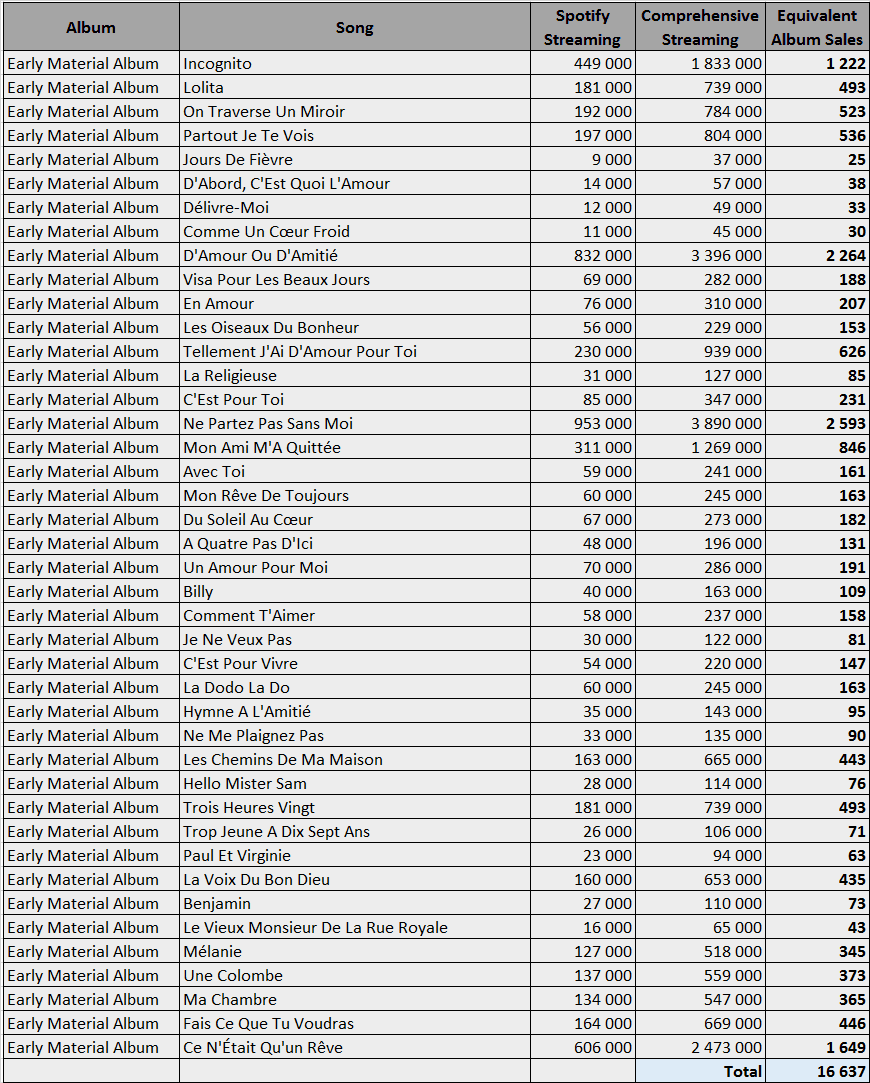 I won’t lie – those figures aren’t impressive. From her Quebec years, no Celine Dion song reached even 1 million at Spotify. The closest one is Ne Partez Pas Sans Moi, the song that enable the artist to win the Eurovision song contest in 1988.