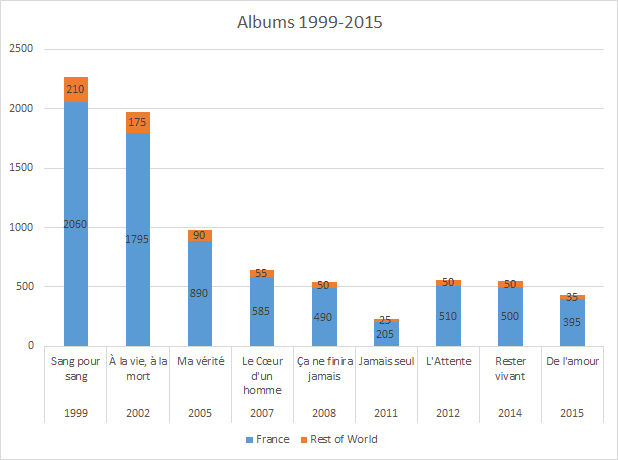 Written by his own son David Hallyday, Sang Pour Sang went on to become the biggest selling album of his career. Led by the smash Vivre pour le meilleur, it shot to #1 for 11 weeks with insane weekly sales, and shipped 1,2 million units in France alone after 3 months. A La Vie, A La Mort and its single Marie were immensely successful too. The album shipped 800,000 units upon release with more than 300,000 sales over the counter during its first week of release, this remains the highest debut of all-time in France.

Later albums weren’t as monumental but they kept hitting Diamond although the criteria was reduced two times because of the diminishing market. Except Jamais Seul, they were all among the very top sellers of their respective year.