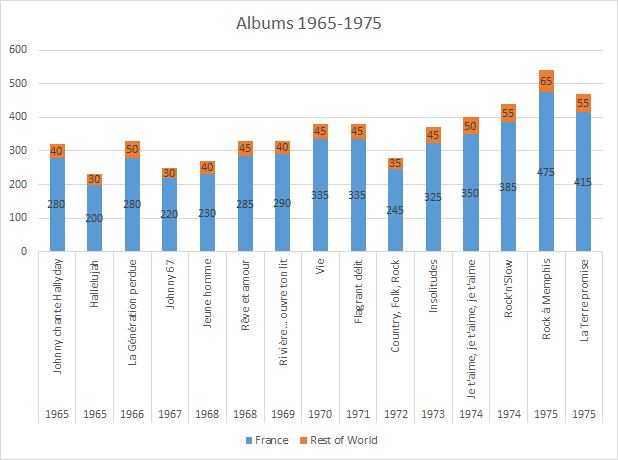 The second phase of Johnny‘s career lasted from 1965 to 1975. During those years there was no 10-inch LP anymore but singles were still the major format. Albums were growing though, while the fan base of the singer was maturing as well resulting into album sales going up and up over the years. His albums went from selling 50,000 units upon release to nearly 300,000 during this time frame. They also went from hitting the Top 10 to surefire #1 albums.

Catalog sales plus units sold in Belgium, Switzerland and some occasional foreign markets increased those figures even more, pushing an album like Rock à Memphis over 500,000 copies to date.