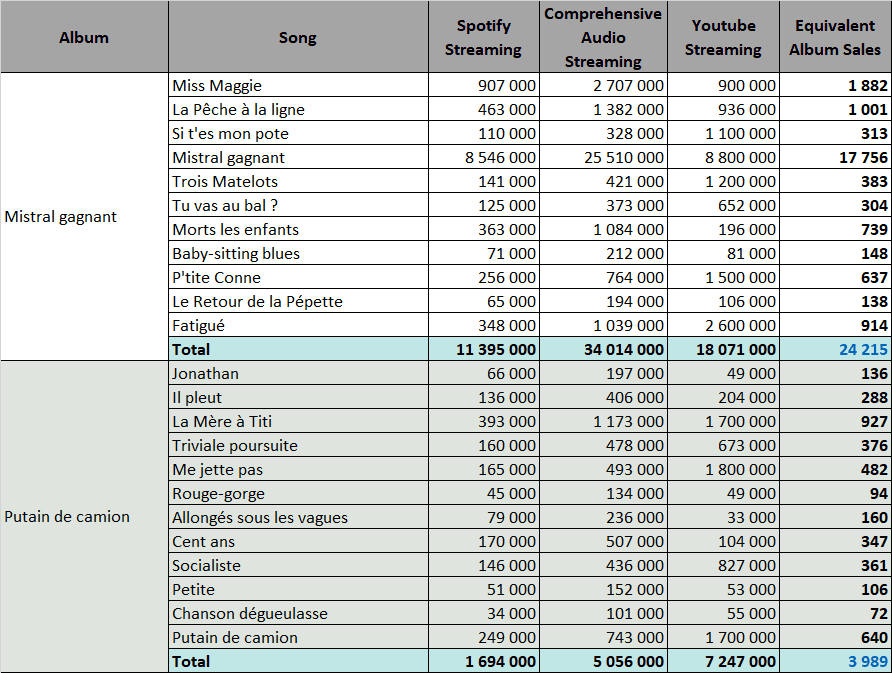 Mistral Gagnant isn’t as dense as its predecessor but the title track is so big that it eclipses the total of the previous album. Its comprehensive streams are quite simply the highest total of any French song from the 80s! The album has 24,000 equivalent album sales from sales, which is the equivalent to half a Gold album award.

Putain de camion shows a strong end point for the singer. The album sold bucket loads upon release thanks to the immense popularity of Renaud, but its songs failed to become hits. Only one of them has 1 million audio streams while the album finishes up on 4,000 equivalent album sales.