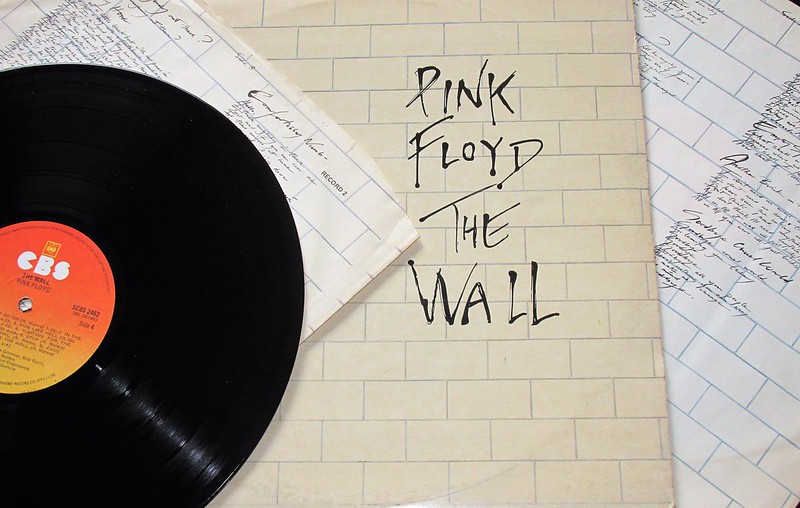 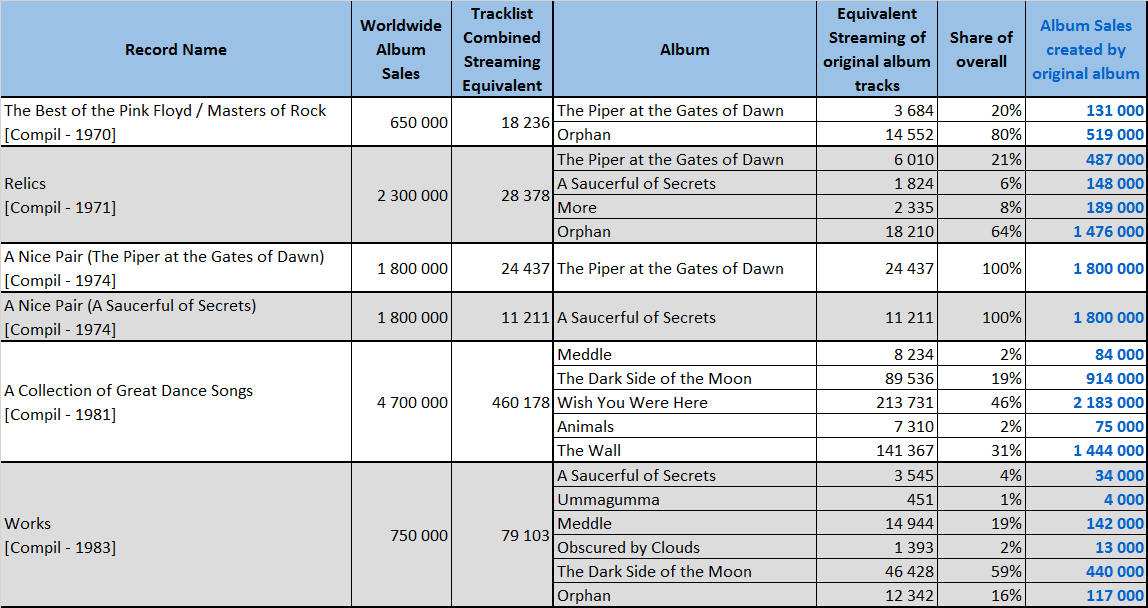 How to understand this table? If you check for example the A Collection of Great Dance Songs compilation line, those figures mean it sold 4,700,000 units worldwide. The second statistics column means all versions of all the songs included on this package add for 460,000 equivalent album sales from streams of all types.

The second part on the right of the table shows how many equivalent streams are coming from each original album, plus the share it represents on the overall package. Thus, streaming figures tell us songs from Wish You Were Here are responsible for 46% of A Collection of Great Dance Songs track list attractiveness. This means it generated 2,183,000 of its 4,700,000 album sales and so on for the other records.

The first part of the compilations analysis includes all the greatest hits packages issued during the active years of the band. Interestingly, those sets share a common factor, that they were never promoted. They were barely released to the market in some countries. A Nice Pair isn’t a traditional best of but instead a box of the first two albums released by Pink Floyd. It came out just after the smash Dark Side of the Moon to capitalize on the band’s new found popularity.

While none of those albums are truly big sellers, they do account for 12 million units combined.