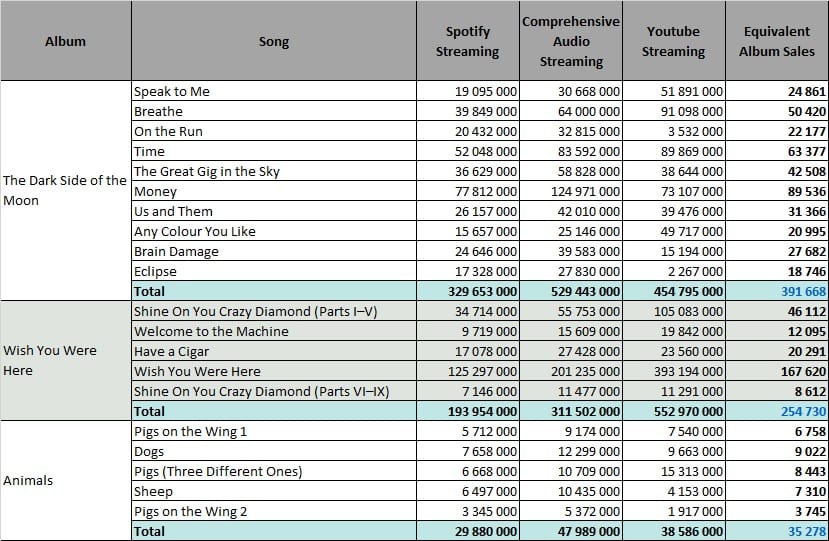 Expectedly, the Dark Side of the Moon shows a huge improvement upon previous albums. Released in 1973, all the songs on the album are past 15 million Spotify streams, a pretty amazing feat. Money is the leading song at 78 million, followed by Time at 52 million. Overall, the album has 392,000 equivalent album sales. While absolutely great for such an old LP, it is rather far from the 00s biggest albums from the likes Coldplay or Eminem.

Impressively, the song Wish You Were Here has 125 million streams on Spotify and 393 million on YouTube. The album as a whole is on 255,000 equivalent album sales, severely suffering from the length of all songs which last from 5 to 13 minutes each.

Animals suffers from the same problem with 3 songs surpassing the 10 minutes mark, but nowhere near the same appeal with only 35,000 equivalent album sales.