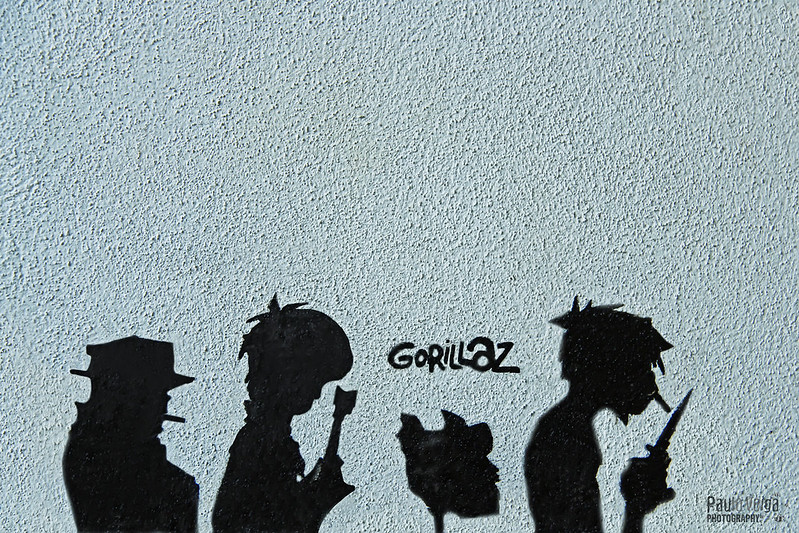 We are all Humanz, but some are more successful than others. After dropping four #1 albums in a row in the UK during the 90s with Blur, singer Damon Albarn started his new project in 2001 with the virtual band Gorillaz. Two iconic songs shot them to global success. A success they are now trying to replicate with their fourth studio album which was released last week.

In-between their self titled debut album, Gorillaz, and their new Humanz LP, the band issued both Demon Days and Plastic Beach. Selling large quantities of an alternative rock / electronic / Hip-Hop sound is complicated. The virtual concept as well, as the atypical music, isn’t what the masses are generally looking for. However, this doesn’t mean that the Gorillaz haven’t been doing well for themselves. The question is though, just how well have they done? Let’s find out!

As usual, I’ll be using the Commensurate Sales to Popularity Concept in order to relevantly gauge their results. This concept will not only bring you sales information for all the Gorillaz’s albums, physical and download singles, as well as audio and video streaming, but it will also determine their true popularity. If you are not yet familiar with the CSPC method, the next page explains it with a short video. I fully recommend watching the video before getting into the sales figures. Of course, if you are a regular visitor feel free to skip the video and get into the figures. Let’s go!

They deserve an update with The Now Now’s numbers. Also, ‘Plastic Beach’ has been surprising greatly in streaming, over 3M now!

There’s definately a great deal to learn about this topic.

I love all of the points you made.

Hi there very nice blog!! Man .. Excellent
.. Wonderful .. I will bookmark your blog and take the feeds additionally?
I’m glad to search out so many helpful info right here within the post, we’d
like work out more techniques on this regard, thanks
for sharing. . . . . .

When someone writes an article he/she maintains the plan of a user in his/her brain that how a user can be aware of it.
Thus that’s why this article is amazing. Thanks!

This gate definitely met my expectations.

Good job.
Thanks for updating them. It was unexpected but a super cool choice haha.