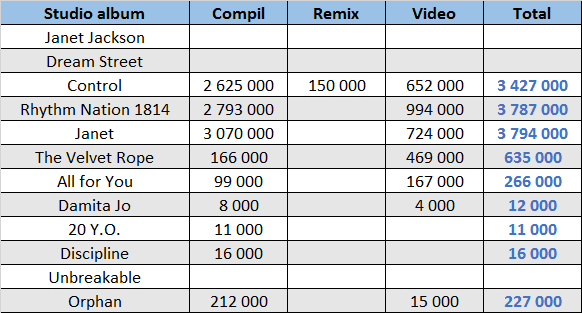 Here is the most underestimated indicator of an album’s success – the amount of compilation sales of all kinds it generated. Due to the dependency of the original studio album sales on those releases, they are a key piece of the jigsaw.

The overwhelming dominance of Design of a Decade among all those sets logically put Control, Rhythm Nation 1814 and Janet. well ahead of the pack. Both The Velvet Rope and All For You have solid hits but Janet simply hasn’t sold enough compilations after they were released.