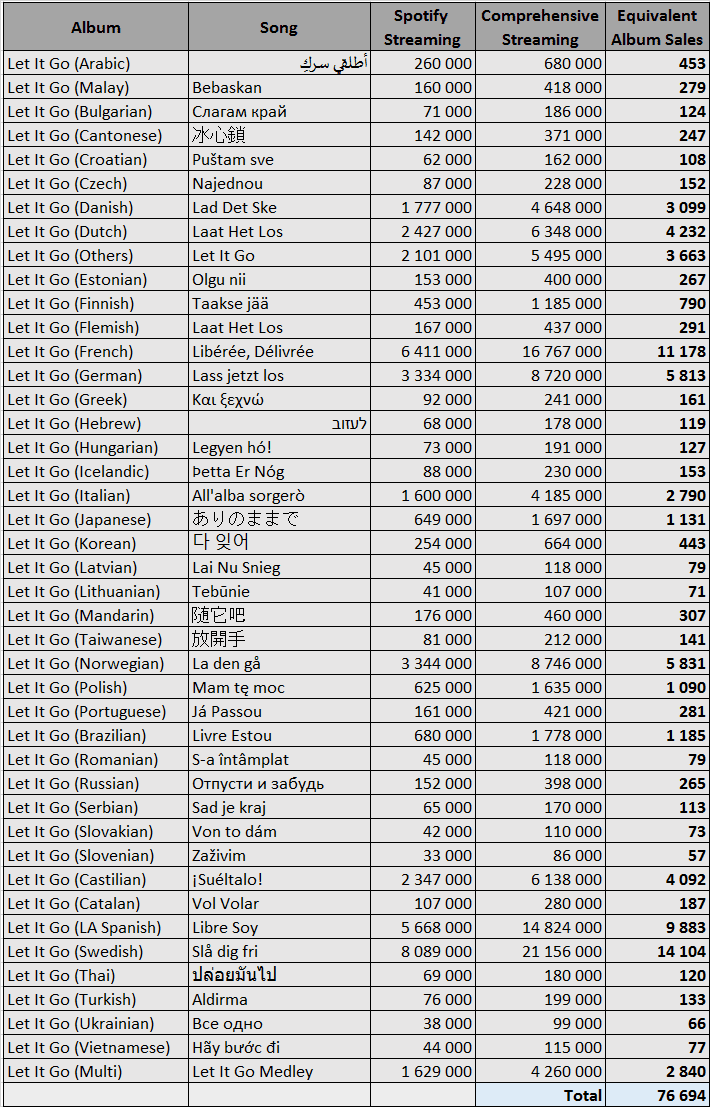 Here is the never-ending list of local Let It Go versions.

Thanks to them, we can notice two limitations in the data I’m posting. The first one is the absence of various full local albums on Spotify like the Korean or the Japanese version of the album, with only the single available. A second limitation is the fact I’m extending Spotify figures.

While this method is very fine for most artists as international stars have a streaming distribution similar to Spotify distribution, which is logical since the company deploys its platform in main countries first, it isn’t the same for local languages songs.

If you check the Korean version of Let It Go, you will notice it has 254,000 streams on Spotify, leading us to a calculated total across all platforms of 664,000 plays. As per South Korean GAON charts, that song got as many as 7,4 million streams in that country within’ the first two months of the movie release, an estimated 18 million to date. This is obviously much more than the figure suggested by Spotify. Why? Quite simply because this software is pretty minor in Asia with other local streaming services being much bigger, which corrupts the data of tracks aired only locally. In the other side, Spotify is utterly dominant in its local market Sweden which creates an inflation.

After studying the distribution of the software in main countries compared to the Soundtrack success, I’ll add 150,000 equivalent album sales to compensate both the missing tracks and the largely deflated impact of its Asian smash.