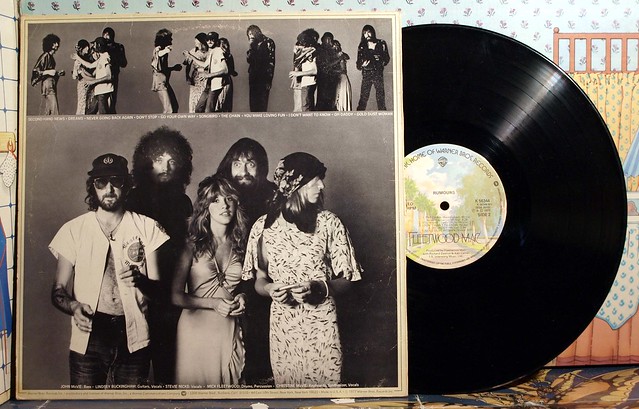 When the band exploded, an awful lot of compilations from Peter Green period came out, a list is presented below in part 1. The Bob Welch period is pretty erased from the band catalog as not only it isn’t available in digital formats, there have never been a single compilation or live album featuring songs from their 1971 to 1974 studio albums. Two more parts of full length records are displaying on upcoming pages, covering all post-1975 items. 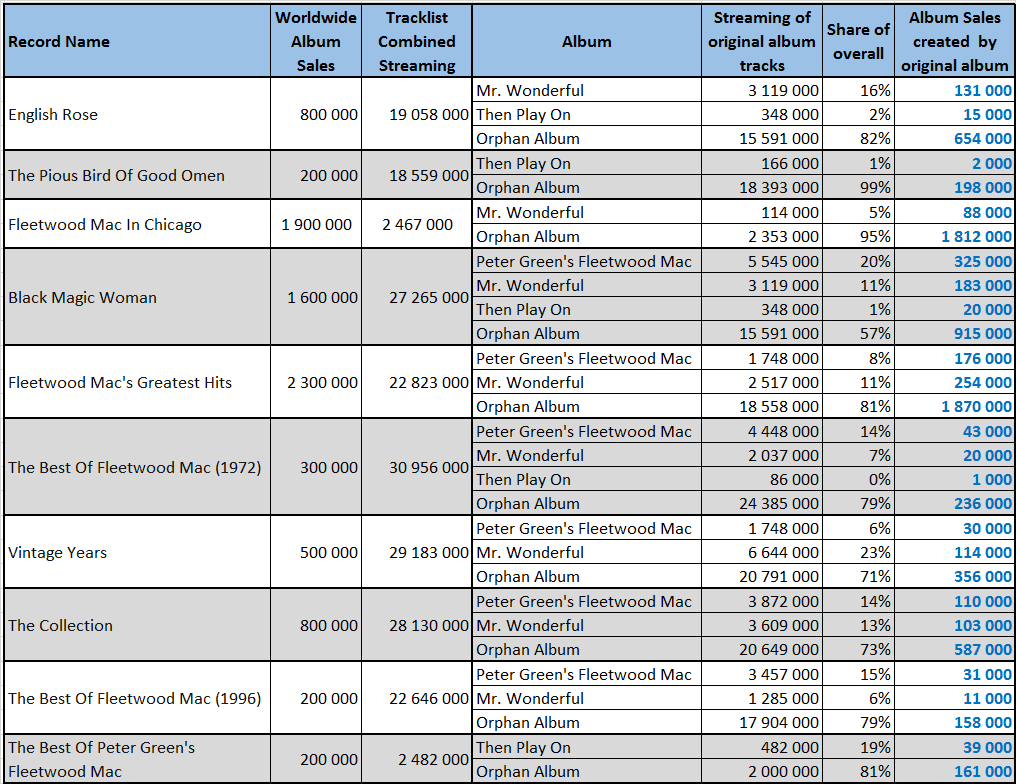 How to understand this table? If you check for example English Rose compilation line, those figures mean it sold 800,000 units worldwide. The second statistics column means all versions of all songs included on this package add for 19 million streaming plays on Spotify.

The second part at the right of the table shows how many streams are coming from each original album plus the share it represents on the overall package streams. Thus, streaming figures tell us Mr. Wonderful songs are responsible for 16% of the English Rose tracklist attractiveness, which means it generated 131,000 of its 800,000 album sales and so on for the other records.

A few comments now, this period is largely dominated by songs Black Magic Woman and Albatross, both non-album hit singles. As a result, the Orphan Album is responsible for the majority of sales from all compilations of this period. Overall, those records represent a solid 8,8 million units sold.