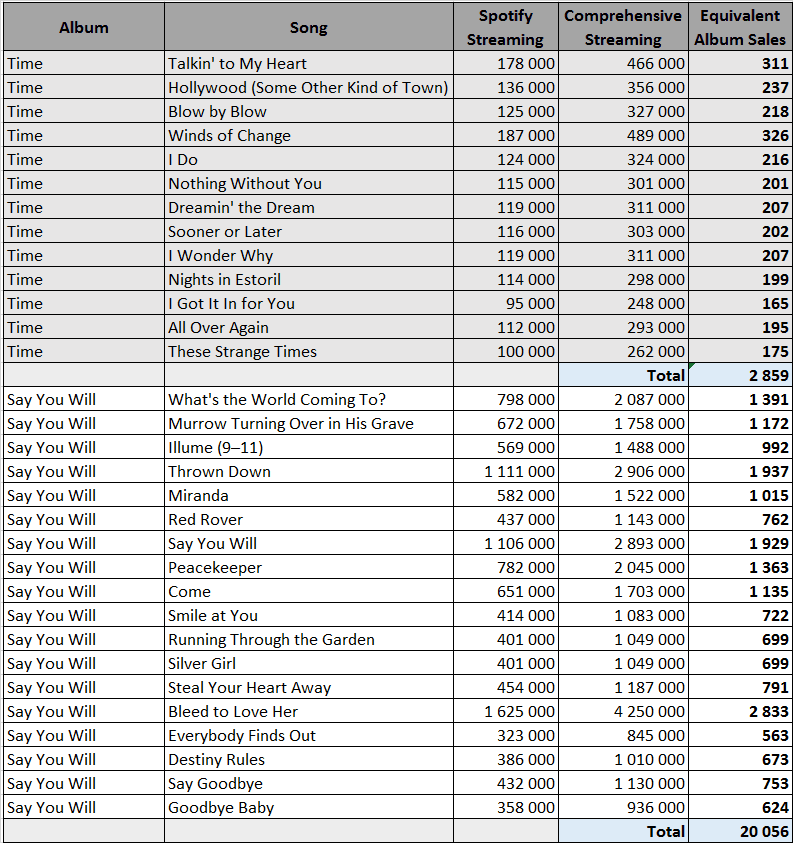 Far from recovering, Time manages to do even worst than its predecessor. Nowadays, streaming is often seen as a fanatics tool to artificially inflate sales of flop albums. Well, as you can see, a flop is a flop and an album that had no impact upon release and no hit at all will hardly turn into a major seller because you add all formats figures.

Say You Will clearly lacks a hit but is surprisingly consistent. No track top 1,6 million, still all of them are over 300,000 plays. If not record breaking, the overall tally is seven times bigger than Time one.