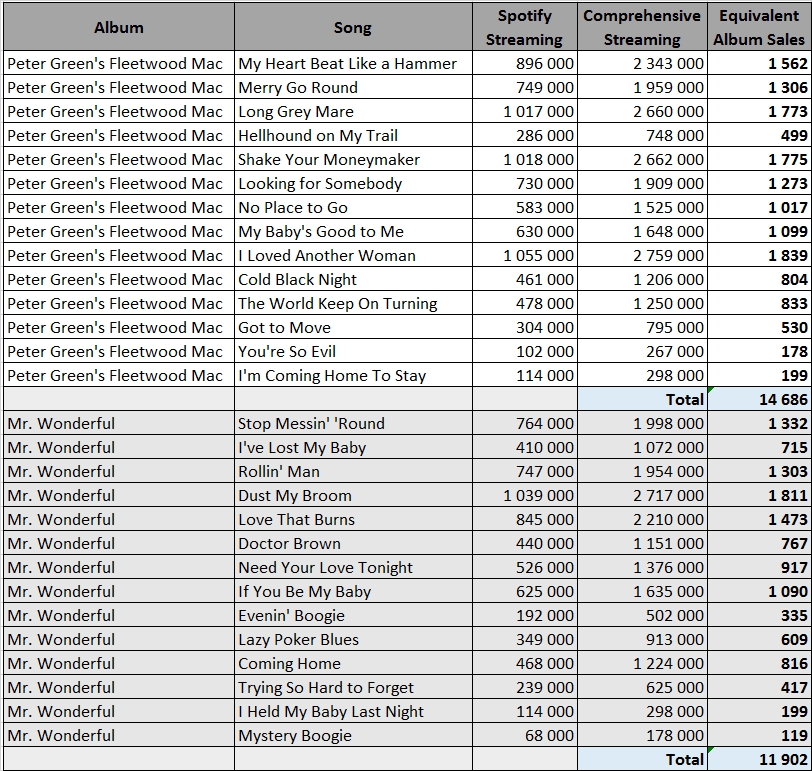 It can be difficult to accept those figures come from a cult rock band. The point is that Fleetwood Mac started as a Blues act, plus their first albums had no singles, which is very visible on those lists. Figures of all those album tracks aren’t that bad yet as they almost all get into six digits, some of them even reach seven figures results.