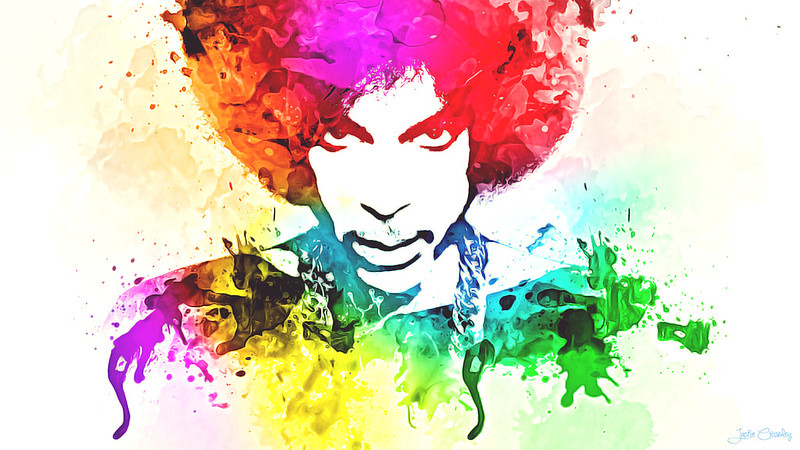 Doves cried on April 21, 2016 when one of the biggest icons of the 80s passed away, Prince. A unique artist in many aspects, the star went through multiple ups and downs during his 38-years long career. Are his sales as flashy as his songs and concerts were? Exactly 40 years ago, his debut single Soft and Wet entered Billboard charts, let’s use this opportunity to answer this question.

Writing, composing and playing nearly in full his first album For You at less than 20, Prince was immediately regarded as a music genius. The success came a year later though thanks to his early hit I Wanna Be Your Lover, his first US Gold record. The profile of the singer increased in 1983 when the album 1999 along with the song Little Red Corvette became smash discs, quickly followed by the title track and Delirious. A year later, the release of Purple Rain raised him to superstardom in the US while opening the global market.

The story isn’t as well known after that step. He got additional hits like Kiss, Batdance and Cream, but at the same time sales of his post-Purple Rain records are often summarized as disappointing. Where is the truth then?

As usual, I’ll be using the Commensurate Sales to Popularity Concept in order to relevantly gauge his results. This concept will not only bring you sales information for all Prince‘s albums, physical and download singles, as well as audio and video streaming. In fact, it will also determine their true popularity. If you are not yet familiar with the CSPC method, the next page explains it with a short video. I fully recommend watching the video before getting into the sales figures. Of course, if you are a regular visitor feel free to skip the video and get into the figures.

Im impressed. Prince was never as commercially-huge as his peers, especially those we began in the 80s alongside him. He managed to sell 180 million pure sales and accumulate 138 million CSPC is absolutely great

I havent read this yet but i just wanna say…FINALLY!

This is great! I love purple rain and I knew he sold more than 10 million. I was just curious about how long it takes to create these CSPC results? Iove your guys work and can’t wait to see what you get for John and Paul!

It varies a lot depending on the catalog of the artist, but for someone like Prince, it requires about 100 hours in total to complete!

Great work MJD! I was really curious to see the results of Prince. I really love his music but I had the impression that his sales weren’t especially impressive besides Purple Rain, and that his days as a major seller were basically over after 1992. Unfortunately it seems the latter point is true but the former definitely wasn’t! Given how consistently successful he was prior to his issues with Warner, I wonder how much better his post-1992 albums could have done if they had more support. Also, there’s a minor clerical error on Page 1 – the last paragraph says… Read more »

Thank you for your nice words!
Oops it is corrected, thanks 🙂

what about his cover of while my guitar gently weeps? =s
is one of his best selling digital singles on itunes

It’s the main contributor to the “Remaining songs” (total of 460k) of the Orphan section at 80k! I only wrote down orphan songs with at least 100k downloads.

Concerning the last achievement on the last page, wasn’t Michael Jackson widely reported as selling 2.6 million downloads the week after he passed away in 2009?

Also, South Korean pop singer IU sold almost 7 million downloads off her album Last Fantasy in 2011. Even considering that downloads were extremely cheap in South Korea until 2013, resulting in sales volume about 2x higher than “normal” ~$1 USD downloads, wouldn’t an adjusted total of 3-3.4 million *still* give her the worldwide weekly download record?

The record was aimed to be US-only. In the world, MJ himself sold well over 2,5 million. Not sure why I had 2,2 million for him in the US in mind, I was so sure that I haven’t even cross check! Now fixed 🙂

Very good Sales. I really doubted he had sold more than 100 Million pure álbuns due his releses’ Nature and problems with Warner. And he was controversal but never had the same level of popular appeals like MJ and Madonna. Impresso e number for this Genius.

The Lovesexy album is counted as one long song for me on spotify so shouldn’t its streams be less than what you listed?

Technically speaking, yes, it’s only one song. We decided to allocate these streams to the full album though since functionally there is the entire album on that stream. We already do the same for YouTube videos of entire albums, that’s why for some artists we can similar very similar YouTube views for album cuts!

Wow.. really thought he be around the 200M range, but impressive sales tho, LEGEND

Extremely impressive numbers. Over 100 million pure albums sold – I was expecting far less. He was a musical genius. I can’t believe he wrote, composed, produced, played most of the instruments and sung majority of his acclaimed huge catalog–basically ALONE. He was a one man band, he could perform extremely well live and he could dance (in-heels) too. Definitely the greatest all-around musician/artist the music industry has ever had. Legend. RIP Prince.

What makes his sales “extremely” impressive may I ask? there are many solo artists that have higher numbers.

Because of the type of artist he was. He was different, went his own way. Yet he still found a way to be popular. A black artist, musician, producer, songwriter, composer etc. doing rock, pop.dance, rand b, jazz, blues… so many different hats. His genius was legend, but still being able to sell and be popular as well as being acclaimed is impressive. Especially back then, when you had to buy music.

Sure those numbers are not MJ, Elvis, Madonna, Mariah, Celine, Whitney like number. But lets not act like having a 138 million CSPC results is a daily occurrence. His sales is impressive, no need to throw shades here. And I also agree with Stephon Jackson. I was expecting him to sell way less than that. I was really surprised that he would sell that far.

It’s impressive considering his war with the internet and mainstream record labels. By the mid 90s Prince’s mainstream appeal took a dive and it was mostly on his own initiative. When he wanted to release a mainstream record along with a big tour like Musicology, he could, he often didn’t in the last 15+ years of his life and career.

This website uses cookies to improve your experience while you navigate through the website. Out of these cookies, the cookies that are categorized as necessary are stored on your browser as they are as essential for the working of basic functionalities of the website. We also use third-party cookies that help us analyze and understand how you use this website. These cookies will be stored in your browser only with your consent. You also have the option to opt-out of these cookies. But opting out of some of these cookies may have an effect on your browsing experience.
Necessary Always Enabled
Necessary cookies are absolutely essential for the website to function properly. This category only includes cookies that ensures basic functionalities and security features of the website. These cookies do not store any personal information.
SAVE & ACCEPT
wpDiscuz
52
0
Would love your thoughts, please comment.x
()
x
| Reply