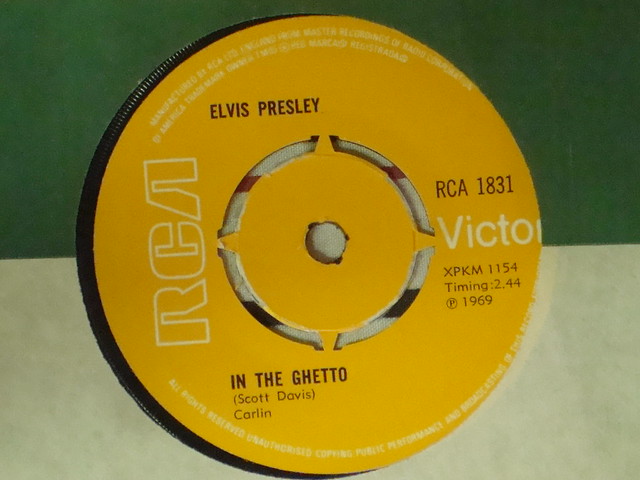 From the start of 1966 to mid 1968, Presley charted with 21 singles inside the US Hot 100 but none of them managed to peak higher than #28. Singles sales were high by then though and his songs were selling more than suggested by their chart runs. The singer wasn’t hyped anymore, getting low airplay, but still keeping a good-sized pool of regular buyers.

After 4 full years with no Top 10 hit, he came back in great fashion with In the Ghetto. The song smashed in most markets, ultimately breaking 3 million global sales. It also paved the way to a new era of hits, including the #1 orphan song Suspicious Minds that we will meet in the appropriate section.

Even if he had good successes with some soundtracks, most notably Blue Hawaii, Presley was still struggling to found his public in Japan. It all changed thanks to the #1 hit there You Don’t Have to Say You Love Me that sold a stunning 400,000 copies in this market.