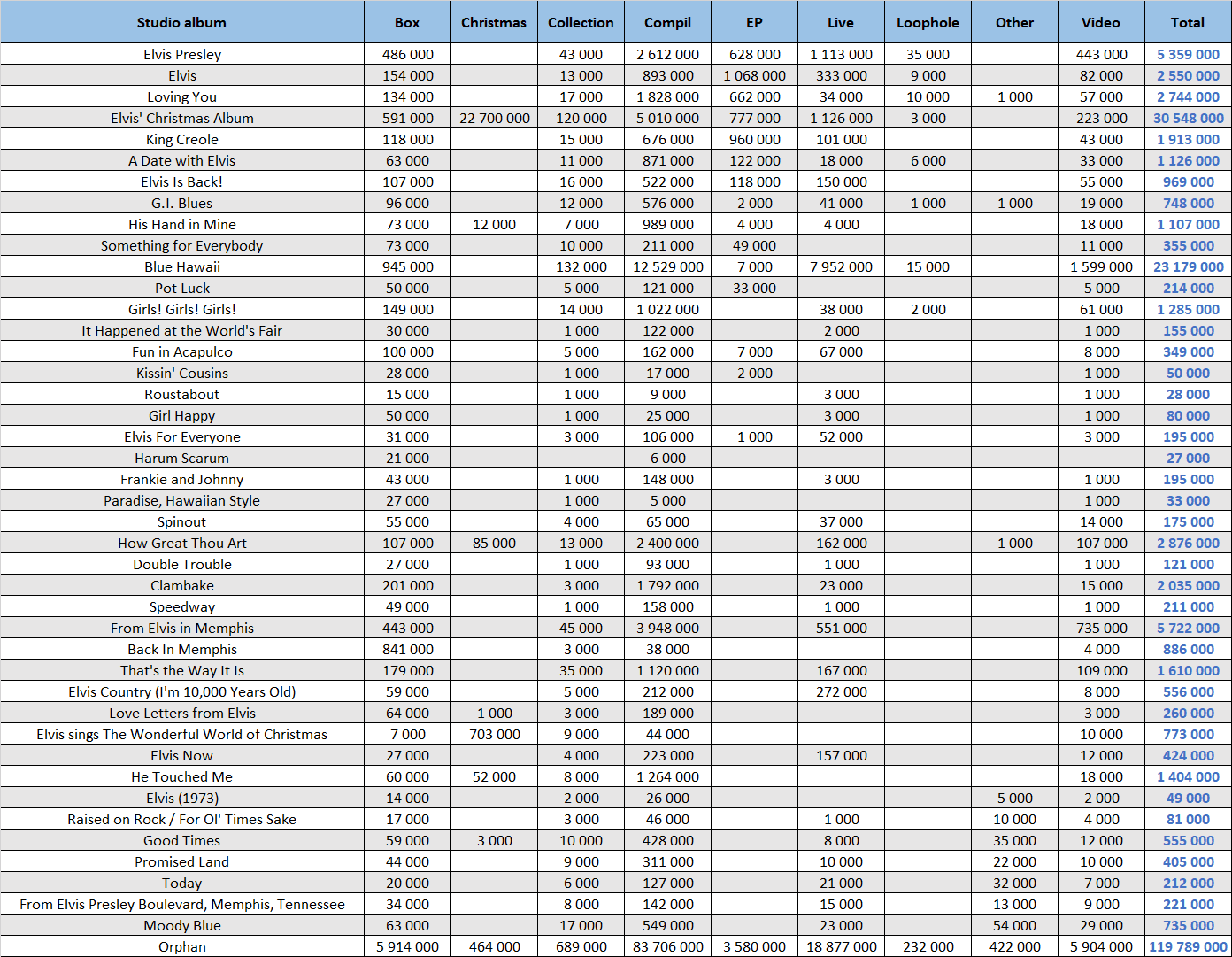 Since most popular studio albums were released once the LP market had boomed already, they are often identified thanks to their own sales. For an album issued in 1961 that was exploited through hundreds of packages though sales of the original LP are almost pointless. Blue Hawaii sold bucket loads in its time. If that amount wasn’t impressive anymore 20 years later, its amazing success is confirmed by the incredible number of compilation sales it powered. The total is up to a massive 23,2 million.

What can we say about Elvis’ Christmas Album then? If it sold under 4 million units by itself, that’s simply due to the number of distinct albums that replace it through the years. These albums moved an insane 30,55 million units thanks to its songs.

Remaining albums are nowhere near this super strong top 2. Elvis Presley and From Elvis In Memphis are still up to a highly respectable figure of 5 million units generated through secondary packages.

Of course, there is an elephant in the room. We tend to focus on studio albums, but the orphan folder of Presley is just out of this world. These songs are responsible for an absurd 119 million sales worth of compilations. Considering how many monster hits this section involves, it isn’t even surprising. To know better which tracks exactly produced these sales, the songs ranking at the end of the article will be enlightening.