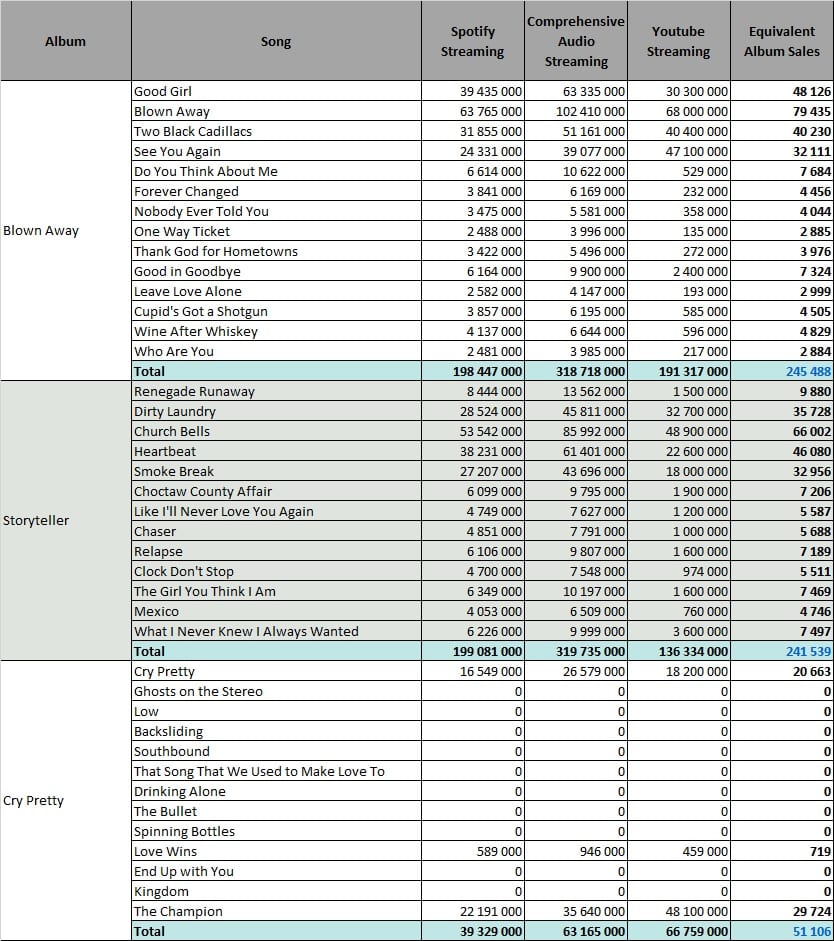 Storyteller repeats numbers of Blown Away, both at over 240,000 EAS to date. It’s actually a bad thing since the former was issued in 2015, a year much more favorable to streaming than 2012. Both albums contain 4 relevant songs at 32,000-80,000 EAS a piece. New singles Cry Pretty and The Champion are failing to gain traction so far. They look on their way to reach similar figures than their predecessors.