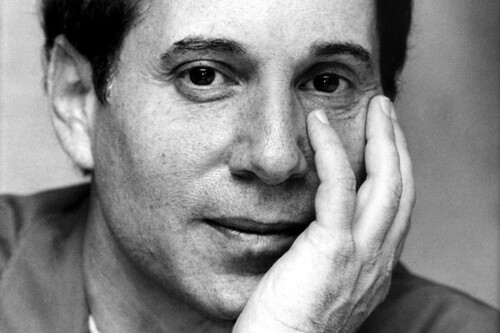 The mastermind of Simon & Garfunkel, Paul Simon is one of the most successful singer-songwriter of all-time. Exaggeration? No, not according to the data. He started very young. His father was a professional musician and he started singing with Art Garfunkel at the age of 13. Two years later in 1957, he wrote and issued his first recording with his duet partner, Hey Schoolgirl, which went top 50 in the US. For the next 8 years, Simon struggled getting hits, either solo or with Garfunkel. At the time, even their name wasn’t settled, they recorded songs under aliases like Tom & Jerry or Jerry Darcey and True Taylor for his solo material.

Then came the single The Sound of Silence. It first bombed, but when re-worked by producer Tom Wilson a couple of years later, it suddenly became a #1 smash in the US. From 1966 to 1970, the duet was unstoppable. Tensions separated the old friends though. In 1972, Simon arrived with his first major solo album, a self-titled LP. This article focuses on his solo career while a stand-alone piece of work is also available for Simon & Garfunkel data.

As usual, I’ll be using the Commensurate Sales to Popularity Concept in order to relevantly gauge his results. This concept will not only bring you sales information for all Simon‘s albums, physical and download singles, as well as audio and video streaming, but it will also determine their true popularity. If you are not yet familiar with the CSPC method, the next page explains it with a short video. I fully recommend watching the video before getting into the sales figures. Of course, if you are a regular visitor feel free to skip the video and get into the figures.