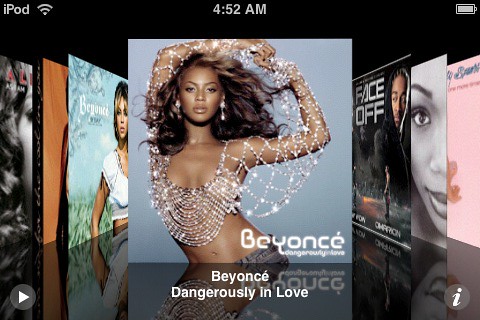 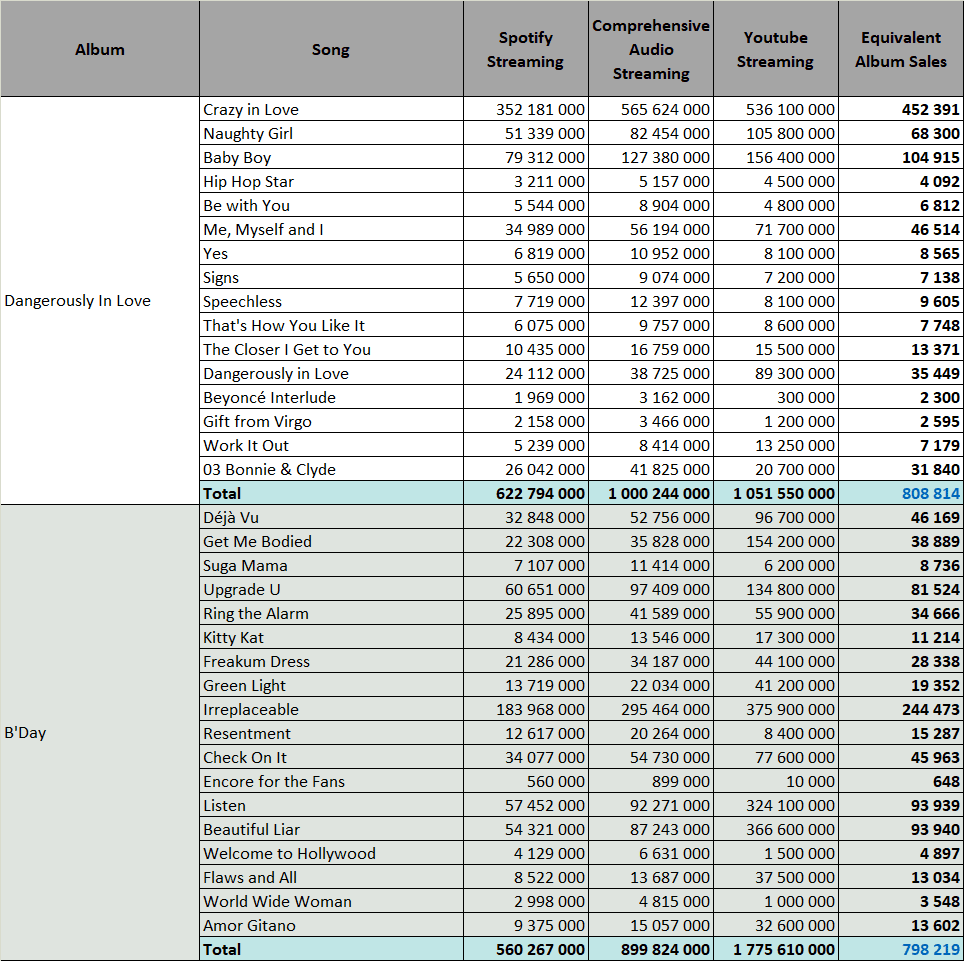 If one realizes that Dangerously In Love was released before Destiny Fulfilled, we can only be impressed by its 4 to 1 lead in total streams. Crazy In Love is an absolute beast at 352 million plays on Spotify completely overshadowing the other five 20-million plus songs from the album. It also registers over half a billion views on YouTube. Various album tracks stand over the 5 million mark on both platforms which is also very strong. All told, the LP is up to 809,000 EAS from streams.

B’Day was a much weaker album seller when first released, pretty much a flop until Irreplaceable turned things around. At 184 million Spotify hits, this is the biggest smash from the album which also features 8 more songs over 20 million, a feat usually reserved to popular albums from the last 3 years although that one was released in 2006. Its EAS from streams are close to 800,000 units.