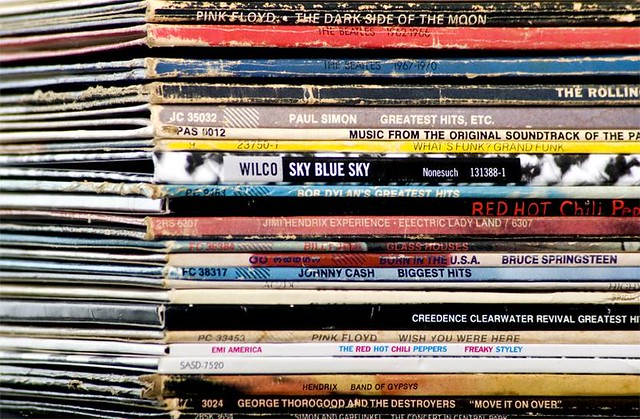 Album sales of the Red Hot Chili Peppers follow the typical wave-like trajectory, although a la Green Day they managed two peaks instead of one. Over the curse of 11 studio albums, they sold 61,87 million units. Their big 5 issued from 1991 to 2006 account for 53,07 million of this total. A very solid tally, on par with the top selling bands of the 90s/00s.

Once we get deeper into figures, we notice some anomalies. Blood Sugar Sex Magik is their top seller in the US, By The Way leads their results in the UK, it does so in Japan too where Stadium Arcadium came close. In other words, they have distinct albums leading their personal tallies in the 3 biggest markets of the World… but the leader is never their top global seller, Californication.

It is rather rare to see an act with 3, 4 different studio albums performing the best here and there. It gets even weirder when we know that they haven’t really change their music style in the meantime. They first peaked in the US, then in Europe, then in Asia. By the look of it, their first successes weren’t supported enough by their label overseas.

This theory seems dubious when we consider that Blood Sugar Sex Magik sold nearly 6 million copies out of North America. While this is true, that is mostly thanks to catalog sales. The album sold next to nothing in Japan and Brazil upon release and it remained uncharted in several key markets for the band like Italy. More surprising, it peaked at only #25 in the UK with only 1 week inside the Top 40. Considering how massive the band got in later years and how popular Under The Bridge still is, we can safely believe that the album had potential for even higher sales.